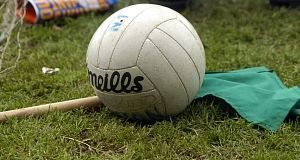 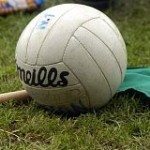 The Tyrone All County League got up and running today with several games in Division Three. Owen Roes and Errigal Ciaran played out an exciting 1-9 apiece draw. Errigal took control early on when Michael Harte hit the net but a Caolan Kelly major for the home side reduced the gap as Errigal reached the break 1-6 to 1-4 ahead with Peter Loughran and Ronan Tierney among the point scorers. The Harte brothers landed early second half points for Errigal and it looked as if they might take control. However back came Owen Roes and points from Andy Devine and Mark Kelly put the home side in sight of victory only for Ronan Tierney to tie the game up late on with the levelling score.

Drumragh lost out in their opening game of the season to Dregish on a scoreline of 2-9 to 0-9. Playing with the wind in the first half Dregish landed two fine goals from Damian Strain and Fergus Mc Crossan to send them in at the break leading 2-4 to 0-3 with Gareth Mc Grath and Tommy Murphy getting the Sarsfields’ scores. Drumragh battled gamely in the second half with points from Shane Cleary, Paul Maguire and Gareth Starrs but three great points from Mark Catterson made sure that Dregish made the perfect start to the new season.

Clogher came from behind to defeat Killyman on a final score of 1-14 to 0-12 with Daire Kavanagh the star man for the Eire Ogs landing eleven fine points in a man of the match display. Killyman led at the break with Caolan Morgan and Enda Mc Gahan among the scorers and with a couple of early second half points it looked as if they might move on and win comfortably. However Clogher finished the stronger and with points from Mark Bogue, Daire Kavanagh and Barry Mc Kenna they went on to win by five points.

Aghaloo and Tattyreagh played out a high scoring and highly entertaining 1-15 to 1-11 thriller this afternoon with last year’s Junior league top scorer Stephen Donnelly inspiring his team to victory. Tattyreagh reached half time four points ahead with Conor Taggart very impressive for his side while Rory Mc Glone and Kevin O’Gorman were on target for the home side. Aghaloo were at sixes and sevens in the first half and looked in real danger when Tattyreagh landed a goal early in the second half. It was then that Donnelly took over hitting seven fine points while his nephew Tiernan bagged a goal to ensure that Aghaloo made a winning start to the new season.

Beragh entertained Drumquin and looked set for victory at half time as they led 0-9 to 0-6 with last year’s star man Martin Rodgers hitting four points for the Red Knights. Experienced Drumquin duo Ryan Mc Callion and Paul Mc Laughlin showed considerable resolve to keep their side in the game with fine scores. A goal in the second half from James Winters turned the game in favour of The Wolfe Tones and when Frankie Mc Alynn landed his third point of the day late on it finished the game as a contest and Drumquin went on to win 1-12 to 0-10.