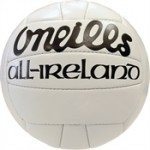 Cookstown made it three wins out of three but they had to pull out all the stops to get the better of Loughmacrory on their travels. John Gilmore and Owen Mulligan scored late goals for the Father Rocks in their 2-6 to 0-7 win, Ronan Ward the top scorer for Loughmacrory.

Augher had an easy win at home to Gortin with county minor attacker Sean Hackett scoring three goals and Declan Connolly also finding the net, Kevin Edwards with a late consolation major for the visitors as it finished 4-12 to 1-4.

Aghyaran picked up their second win of the campaign when they defeated a Derrytresk side who were making their first appearance of the season. Paddy Devenney got the St.Davogs goal with Michael Anderson and Aidan Connolly among their points as it finished 1-16 to 1-11, Mickey Rea the Derrytresk goal scorer with Niall Gavin and Caolan Corr supplying points.

Urney made home advantage count against Pomeroy as they won on a 3-9 to 0-13 score line with Paul Logue, Ronan Lafferty and Fergal McNulty getting their points, Justin McCaffery and John Loughran on target for the Plunketts.

Stewartstown travelled to Eskra and came out on top 2-12 to 0-13 with Mickey Mulgrew and Gareth Devlin getting their goals. Goals from Eamon Ward and county minor Diarmuid Carroll helped Rock win 2-9 to 0-7 away to Clann na Gael.