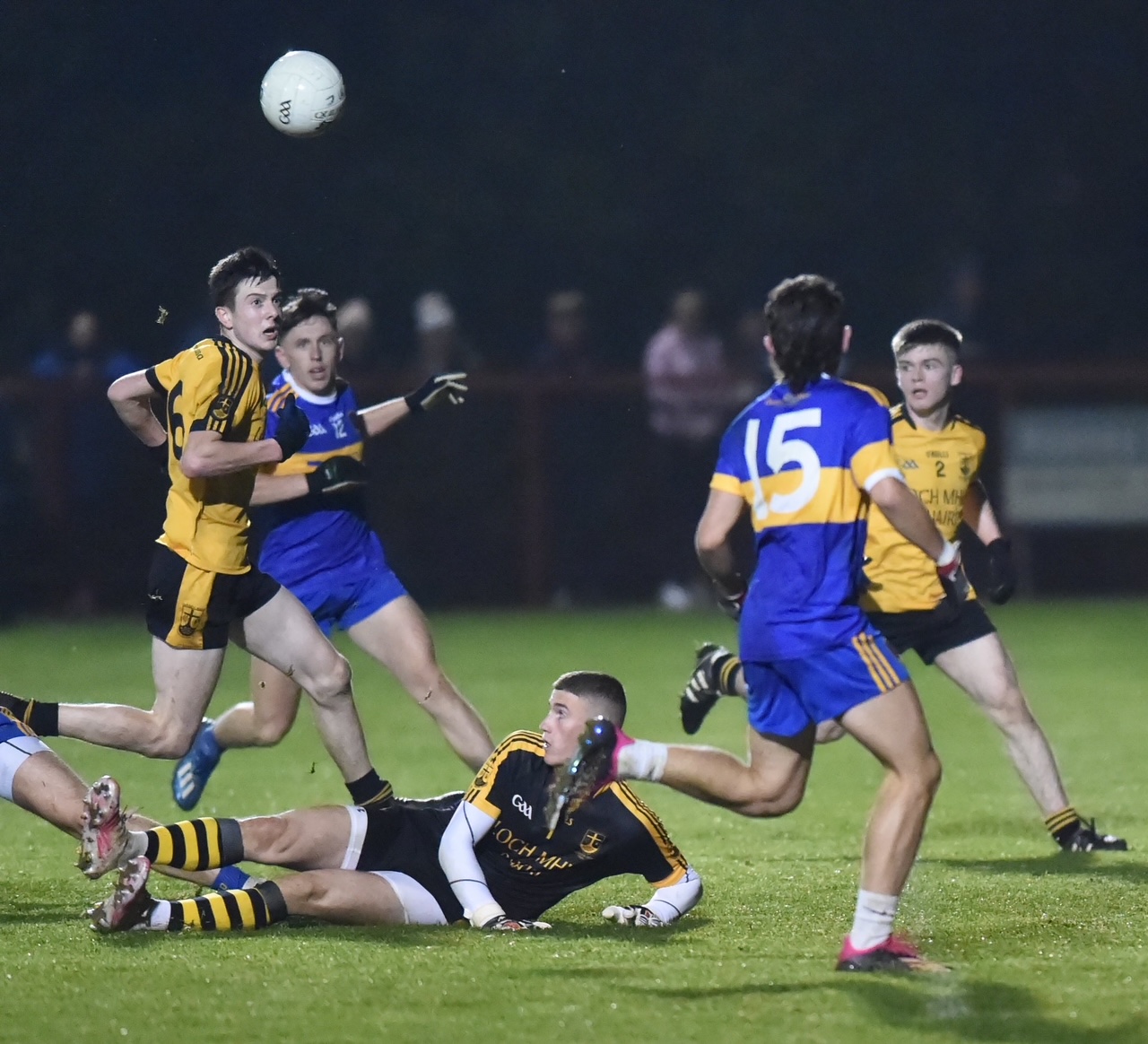 Donaghmore completed a minor league and championship double on Wednesday evening at Stewartstown when they defeated a talented Loughmacrory side 3-15 to 1-6. In games like this goals are always key and Ronan Molloy’s goal a few minutes before half time was a crucial score.

That goal put Donaghmore 1-6 to 0-3 in front and points from Molloy for Donaghmore and Ruairi Mc Cullagh for Loughmacrory sent the sides off at the break with Donaghmore leading 1-7 to 0-4.

Donaghmore remained in control with further points from Drayne, Cassidy and Noah Grimes. Ruairi Mc Cullagh pointed to break the run of Donaghmore scores as the game entered the closing minutes but Donaghmore then bagged their second goal of the evening courtesy of Ciaran Donnelly.

With three minutes left on the clock Conor Fox snatched a goal for Loughmacrory but Donaghmore were not to be denied and a goal from Conor O’Neill sealed the win and a league and championship double.