Home | Donaghmore Remain On Course For U17 Double

Donaghmore Remain On Course For U17 Double 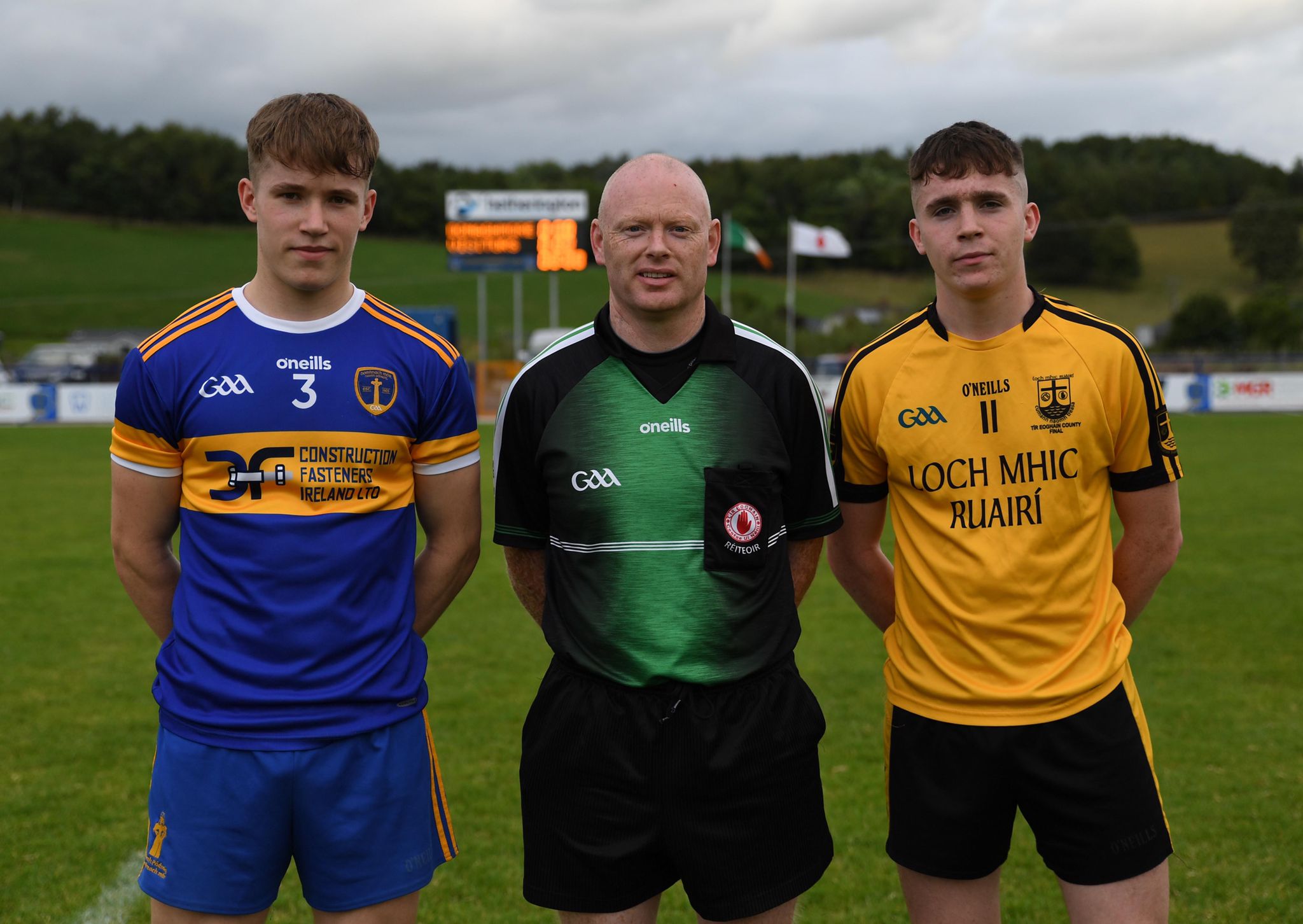 Donaghmore are through to the Under 17 Championship final where they will play Eglish in a repeat of this year’s league final which was won by the Village side after extra time. Their 2-16 to 1-8 defeat of Loughmacrory in Wednesday’s semi final had a sense of inevitability about it after the home side opened up a six point lead after six minutes. The Loch lads battled gamely throughout but they struggled to penetrate the Donaghmore defence where Joey Clarke and Ben Hughes were outstanding’

Points from Cormac Drayne and Johnny Mc Kenna made it 0-2 to no score before Aodhan Mollloy found the net after four minutes and Ronan Molloy converted a sixth minute Mark to stretch the lead to six. Ruairi Mc Cullagh broke the Loughmacrory duck only for Molloy to hit this second point and make it a six point once again.

Loughmacrory then had their best period of the first half scoring three unanswered points courtesy of Eoin Mc Elholm and Ruairi Mc Cullagh (2). Just when it seemed that the Loch might make a game of it Donaghmore moved through the gears and showed just why they are so highly rated and favourites for an under 17 double. They hit seven points unanswered points during the second quarter from James Mc Cann, Ronan Molloy(2), Johnny Mc Kenna(2), Aodhan Molloy and Cormac Drayne as they virtually owned the ball creating chance after chance. Loughmacrory gave themselves hope as they tagged on their fifth point of the game when full forward Mc Cullagh landed one from distance. The half time score of 1-11 to 0-5 in no way flattered Donaghmore and had they been less profligate the margin could have been greater.

Things improved for Loughmacrory in the early part of the second half as they held Donaghmore scoreless for fifteen minutes and added 1-3 themselves. Ruairi Mc Cullagh and Eoin Mc Elholm added a point apiece before Mc Cullagh’s deflected shot deceived Donaghmore goalkeeper Conan Mc Garvey and ended up in the net. Suddenly there was only three between the teams and for a while it was game on. However Donaghmore weathered the storm and added points from Noah Grimes and Cormac Drayne to move 1-13 to 1-8 clear. 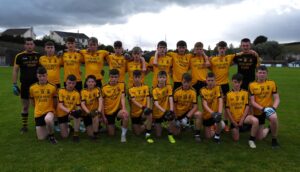 Loughmacrory came agonisingly close to hitting a second goal but a superb bit of defensive work saw the ball being cleared and Donaghmore survived. Not only did they survive but they broke down the field and won a penalty which was initially saved by temporary goalkeeper Mc Elholm before James Mc Cann pounced on the rebound and finished the game as a contest when he slotted the ball past the outstretched arms of the keeper. Grimes, Mc Garvey and Drayne added further points as Donaghmore sealed the win and with it a place in the championship final for the second year in a row.