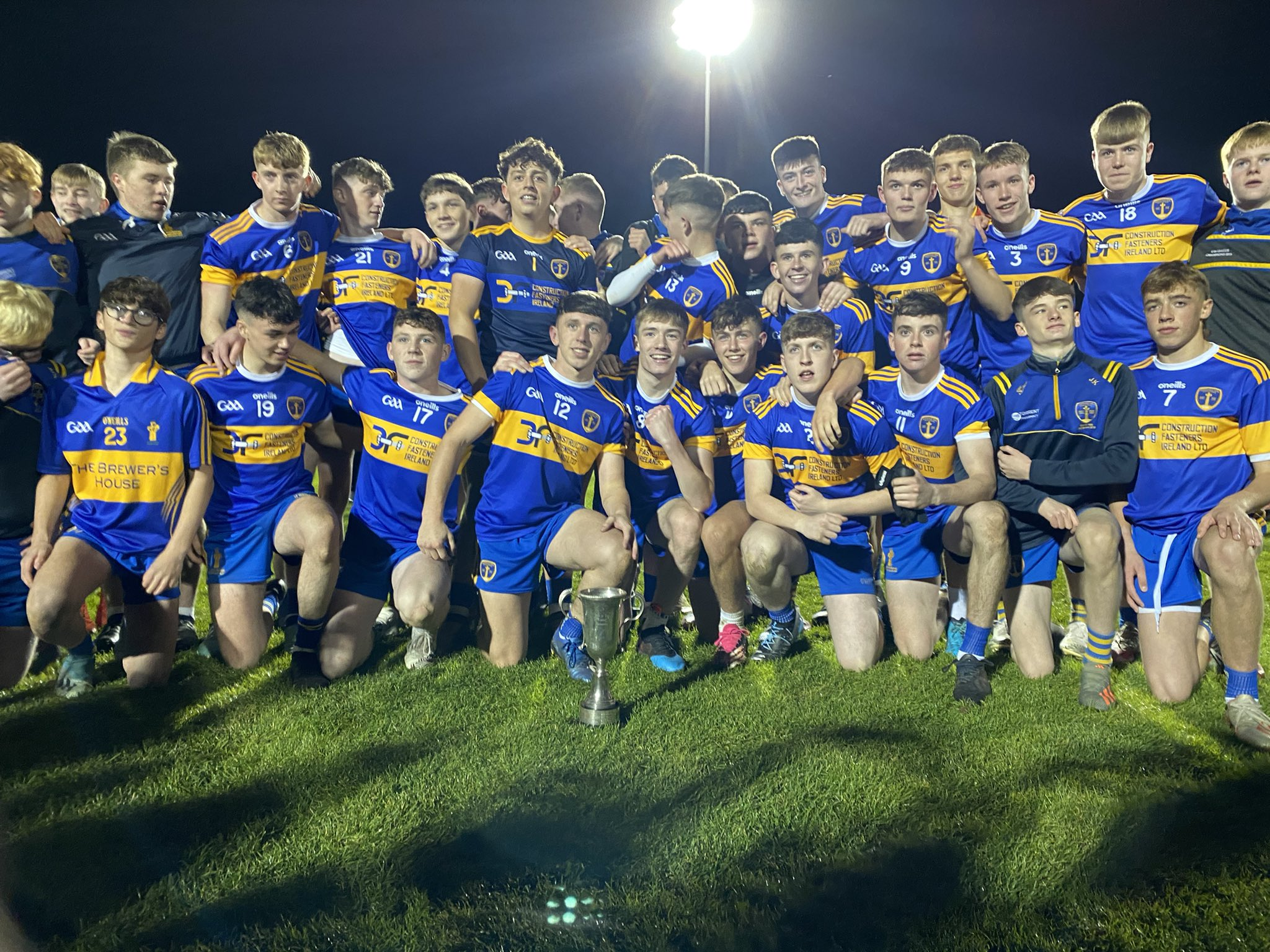 Donaghmore secured the grade one minor league title at Galbally on Wednesday evening when they had seven points to spare over Ardboe in an entertaining decider.

Cormac Devlin and Ronan Molloy swapped early points before the Rossas established a 0-5 to 0-2 advantage thanks to scores from Daniel Quinn, Devlin and Naoise Quinn. Donaghmore then enjoyed a good spell that saw them take the lead with the help of points from Thomas McGuigan and Cormac Drayne before Daniel Quinn struck for a 22nd minute goal for the Loughshore lads. The rest of the half though belonged to Donaghmore with a Ronan Cassidy brace coming after a superb goal from wing half back Conor O’Neill to give them a 1-8 to 1-6 interval lead.

Joey Clarke and Drayne stretched that advantage on the restart before Devlin responded with a brace of frees. Grimes and Cassidy added points for a Donaghmore side who also had two or three good goal chances to end the game. Donaghmore led by six points going into the closing minutes but despite being reduced to thirteen players Ardboe managed to half that deficit when Jack Martin flicked the ball to the net. Donaghmore though made sure of victory when a long kick out found Grimes who ran through before unselfishly offloading for Molloy to blast to the net to seal the silverware.