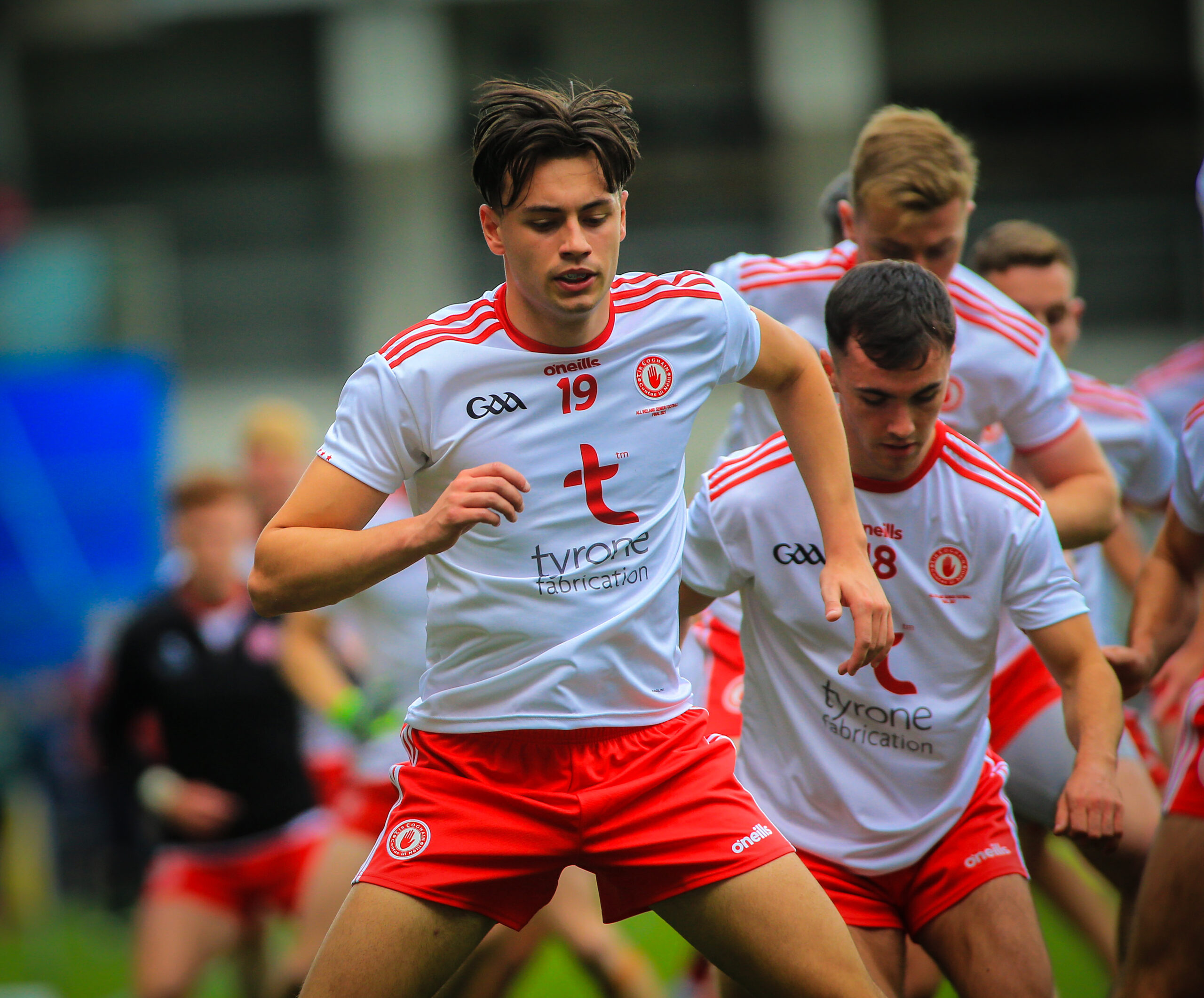 The door out of the Tyrone senior football panel has been a busy one over the winter months and it appears that it hasn’t quite been shut closed.  Paul Donaghy is the latest player to opt out of Brian Dooher and Feargal Logan’s panel.  It is believed that the Dungannon Clarkes man informed the Tyrone management of his decision at the beginning of the week and was back training with his club on Wednesday night Donaghy, who had 12 appearances, received a callup to the Tyrone squad in 2021 on the back of an outstanding championship campaign with Dungannon the previous season when he finished top scorer as the Clarkes annexed the O Neill Cup for the first time since 1956.
He had a dream debut for the Red Hands in May 2021 when he scored 0-10 in the National League against Donegal in Healy Park, a game that the Red Hands lost.
He followed that up with 0-4 as Tyrone beat Armagh before scoring a point in their final group game that ended in a stalemate v Monaghan. In the league semi final he also scored a point as Tyrone were well beaten by Kerry in Killarney.

He made his championship debut against Cavan scoring a point as the reigning Ulster champions were beaten but struggled for game time in the remainder of the run to glory.

He didn’t feature for the next three games as Tyrone overcame Donegal, Monaghan and Kerry to clinch the Ulster title and reach the All Ireland Final. In the final he came on as a 65th minute sub for Conor McKenna as Tyrone won the Sam Maguire Cup for a 4th time.

He struggled for game time in the league campaign that has just ended. He came on as a sub in the first game against Monaghan and looked to have won it for the hosts but his late point was chalked off by referee Joe McQullian for an alleged foul by Brian Kennedy on keeper Rory Beggan as it finished 0-9 each.

Another substitute appearance followed against Armagh before he earned a start against Kildare and got two vital scores as Tyrone picked up their first points of the campaign with a narrow 2-7 to 0-12 success.

He got another start the following week against Donegal but since then he has got few minutes coming on late v Dublin and not featuring at all against Mayo and Kerry.