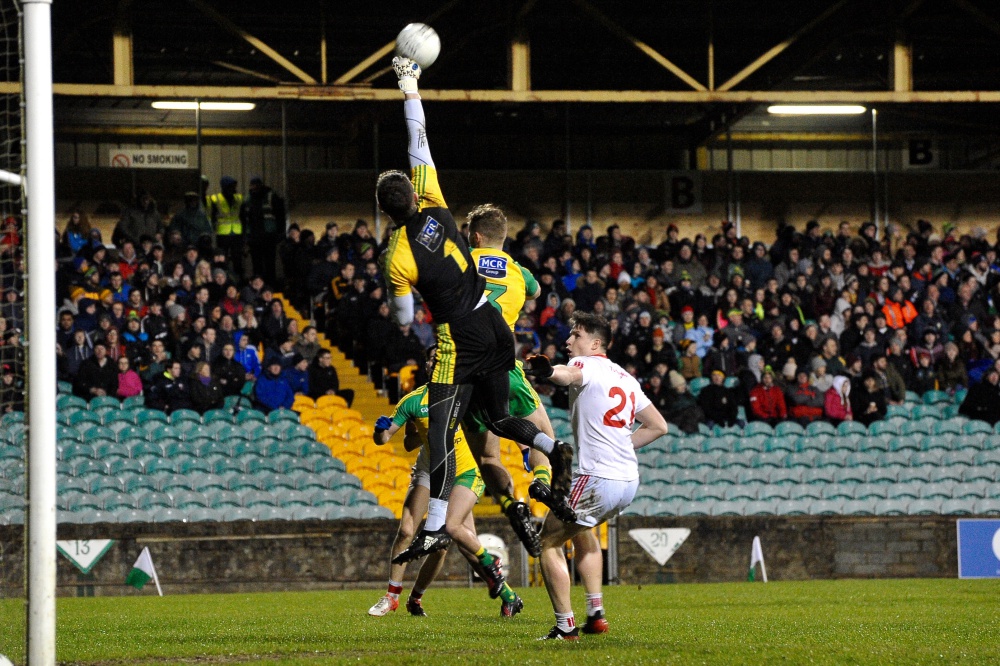 A very strong second half performance from Donegal U21 footballers saw off Tyrone in Ballybofey on Wednesday night.  The sides were level at the break 0-8 to 1-5 thanks to a fortuitous Ryan Coleman goal. Michael Langan, the excellent Jamie Brennan and Cian Mulligan all recorded first half points for Donegal while Liam Rafferty, Michael McKernan and Lee Brennan hit points for the visitors.

After the break Donegal assumed control of the game Cian Mulligan and Jamie Brennan on target for the winners from open play and Michael Langan deadly accurate from frees.  Final Score – Donegal 0-18 Tyrone 1-9