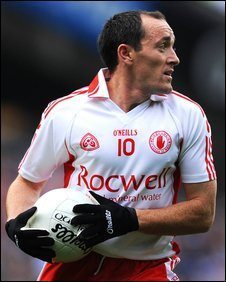 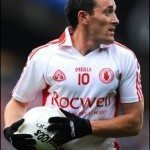 County captain and Clan na Gael player Brian Dooher had his appeal against a straight red card he received in the first game of this year’s All County League heard last night (Thursday). Dooher was sent off late in the game against Loughmacrory following an incident which was brought to the referee’s attention by the umpire. As well as speaking at the Hearing himself it is thought that there were several letters in support of his appeal submitted by the Loughmacrory club.

However news has just broken that the influential Dooher has failed in his appeal and will now serve a four week ban. He missed his club’s victory over Galbally last week and looks set to miss a further three league matches for Clan na nGael.