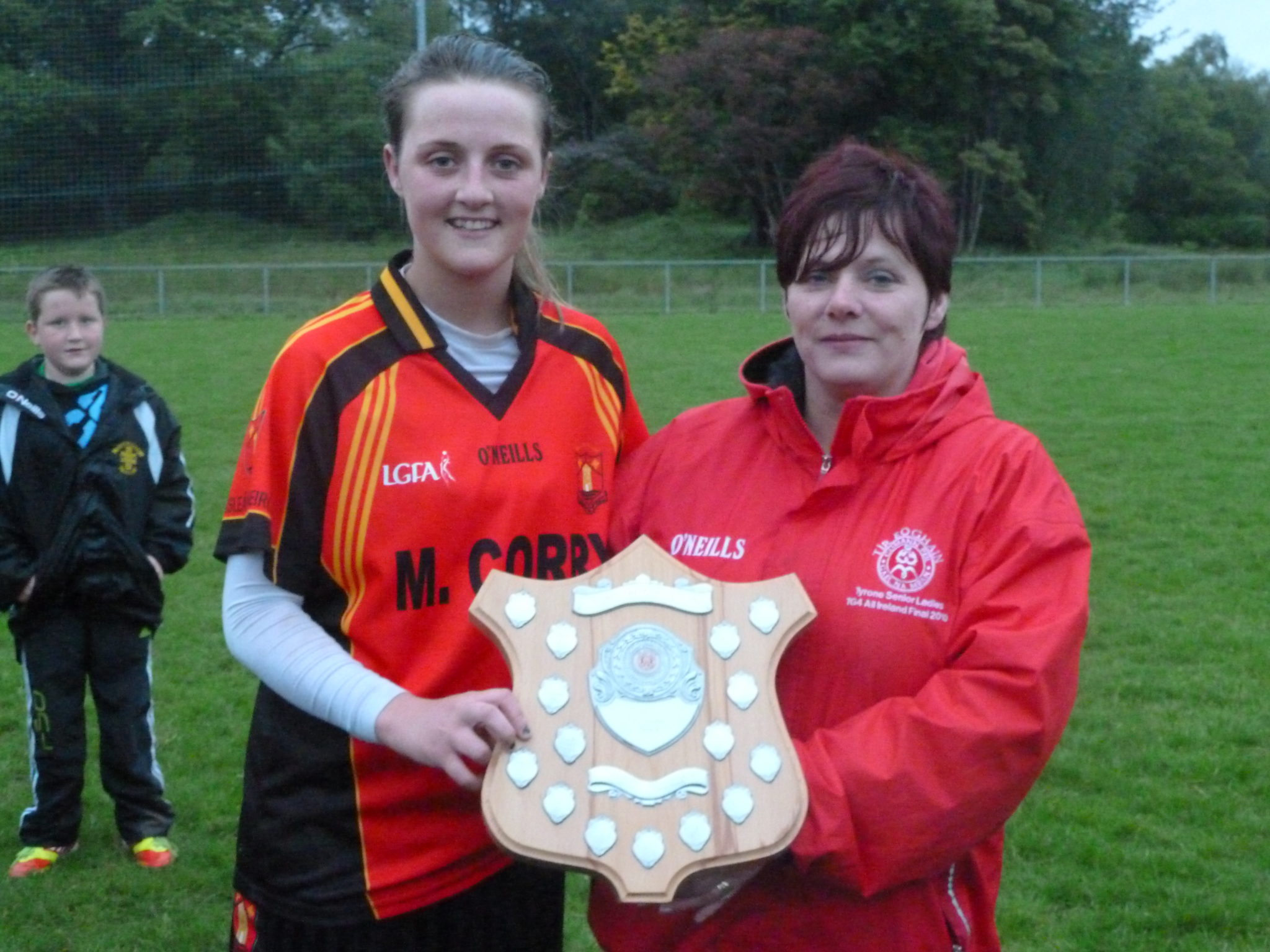 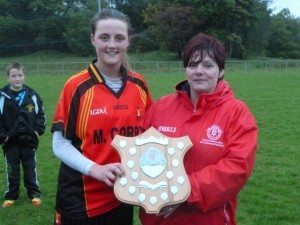 Mna Na Deirge took on old rivals Moy in the Grade 4 Minor league final at Drumragh on Friday evening and produced a superb second half to claim a remarkable league and championship double for the girls.

If ever there was a game of two halves this was the one as Moy dominated the opening half to lead 1 – 6 to 0-1 at the break. Moy hit a purple patch of scoring eleven minutes into the game hitting six unanswered points in the space of eight minutes before banging in a goal to put them in a very strong position. With the Mna Na Deirge defence under intense pressure it could have been even worse as the East Tyrone girls came close to adding another goal or two before the break. During this period of pressure Francesca Lynch, Grace Quinn & Leah Lynch stood proved resolute for The Derg. Leah Lynch scored Mna Na Deirge’s only point of the first half while Eimear Mc Cormick scored two great points for the Moy.

The championship winners had it all to do in the second half but two goals from county minor Laura Mc Sorley in the 6th minute and 12th minutes ignited their challenge and they never looked back. As the tension rose so did the tempers and both sides picked up a yellow card each. Mna Na Deirge were further reduced by a second sin binning but they continued to push for victory. Laura Mc Sorley hit another goal and a point and when the final whistle sounded there were celebrations aplenty for the Derg girls as they completed a memorable and well deserved double. 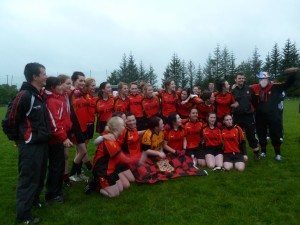