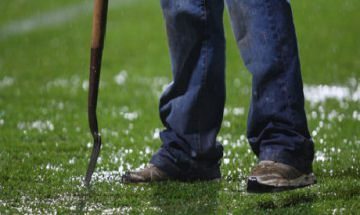 The word coming through from Roscommon tonight is that the Tyrone’s All Ireland Qualifier match with Roscommon could be switched away from Dr Hyde park due to the quality of the playing surface. Heavy rain in the Roscommon area over the last couple of weeks has put the fixture in doubt. The Connacht final is due to be played in the same venue 24 hours later and it is thought that this could be a major factor contributing to a switch of venue for the qualifier.

One venue mentioned as a possibility is Kiltoom but it is thought that it wouldn’t be suitable to hold the expected number of people hoping to attend. Other options look to be McHale Park in Castlebar, or Markievicz Park in Sligo. Tyrone fans however will be hoping that Croke Park look to moving the venue to Breffni Park in Cavan which would be seen as a much more suitable venue for travelling fans. Whatever happen Teamtalkmag.com will keep you right up to date.