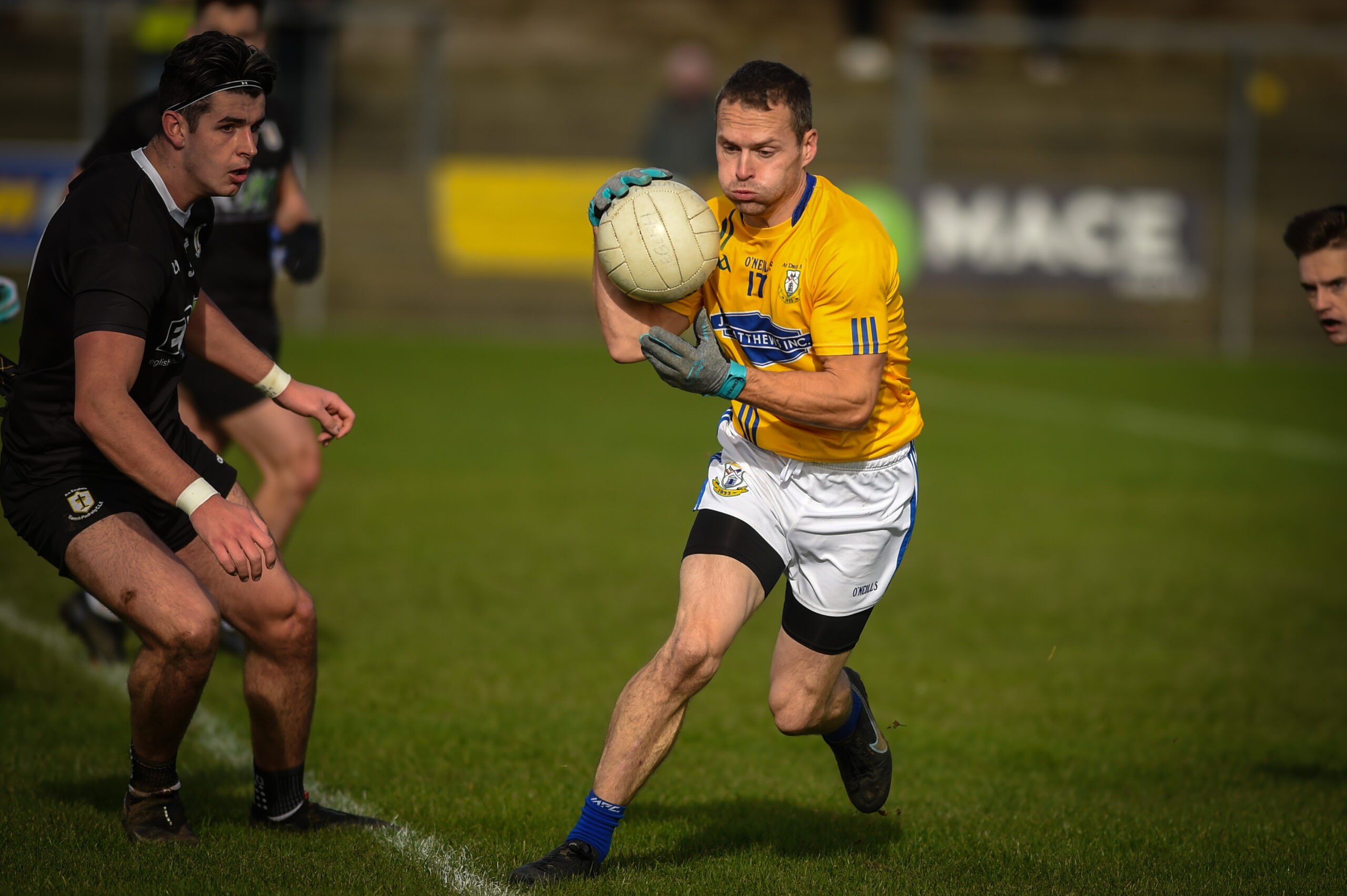 Dromore are into the last four of the LCC Senior championship but they had to pull out all the stops to overcome Eglish at Plunkett Park in a contest that required extra time to decide.

Despite playing against the wind it was Dromore who held a slender 0-6 to 1-2 advantage at the break as they held possession well to frustrate Eglish. Indeed their lead could have been greater with Eglish’s goal coming somewhat against the run of play. Seamus Muldoon opened the scoring inside sixty seconds before Dromore moved 0-3 to 0-1 in front with Peter Teague converting a free and half back Colm O’Neill hitting an outstanding point with the outside of his boot.

In the 17th minute Eglish struck for their goal when a long ball in from midfielder Ryan McKenna found Luke Donnelly who finished to the net in style. O’Neill hit another brilliant score with the outside of his boot and they moved two in front thanks to efforts from Emmet McNabb and Ronan McNabb. Eglish had the final say of the half with a long range effort from Conor McKenna leaving it 1-2 to 0-6 at the interval.

Dillon Horsfield levelled matters on the restart before Paul Mason fisted Eglish in front. Donnelly and Eoin McCusker traded points before a Muldoon free left it all level just after the second water break. Eglish were on top at this stage and they moved two in front with eight minutes to go after efforts from Muldoon and Matthew McGleenan. Dromore looked in trouble at this stage but a Niall Sludden score gave them a boost. The St.Dympnas had chances but they kicked three in a row wide before centre half back Ryan McCusker came up with an injury time equaliser. Eglish had a late chance to win it but Ethan Jordan’s “45” went wide.

In the opening minute of extra time Eoin McCusker took a point from a mark before Sludden left two between the sides moments later. That proved to be the only scores in the first half of extra time. It took until the 9th minute of the second period of extra time for the next score to arrive via Jordan but it was Dromore who had the final say through Sludden as they booked a semi final date with neighbours Trillick.