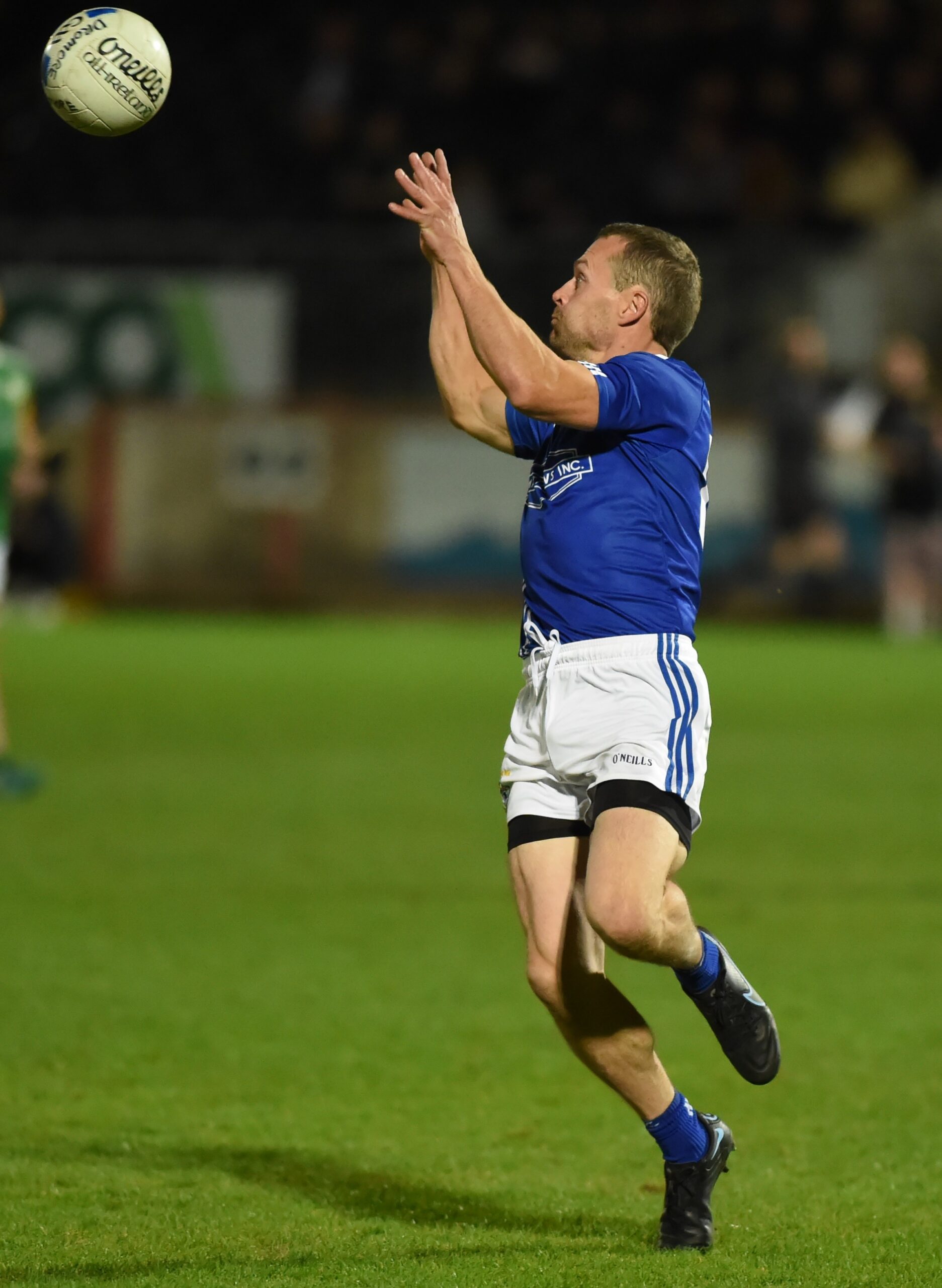 The LCC Senior championship is the gift that keeps on giving and that was the case at O’Neills Healy Park again on Saturday evening when Dromore ousted neighbours Trillick to qualify for the final.

It was a pulsating encounter from start to finish with the St.Dympnas deserving winners on the night to get the better of a fancied St.Macartans side who were bidding for a third final place in a row. Dromore were outstanding early on as they landed the opening seven points of the contest but after the first water break Trillick took over and amazingly they greeted the short whistle 2-5 to 0-9 in front. Within nine minutes of the restart Trillick’s lead had stretched to five points but they failed to score again as Dromore kicked the last seven points of the contest to set up a meeting with either Coalisland or Errigal Ciaran.

Niall Sludden burst through to open the scoring for the winners before the same player doubled their advantage with an outstanding effort from out on the right wing. Dromore were putting pressure on the Trillick kick out and it was paying dividends as Tommy McCarron, Emmett McNabb, Ronan McNabb senior and Peter Teague all added scores, the latter’s the only one from a free. Paul McHugh then won the ball from a Trillick kick out and fed Ronan “Magpie” McNabb who offloaded for Emmett McNabb to kick a great score.

There was only one team in it at that stage but that was all about to change. A Lee Brennan free opened Trillick’s account just before the first Water Break and moments after it the same player found Simon Garrity who fired to the net. Sean McNabb responded with a well taken Dromore point but back came Trillick with scores from a Brennan free and Daire Gallagher from play. Dromore full back McHugh then landed a fine score from out on the right wing but that proved to be the last time that they would trouble the umpires in the first half. James Garrity took a quality point and then a mistake in the Dromore defence was punished with Brennan first timing the ball to the net. Trillick now had their tails up and a great score with his weaker right foot from James Garrity left it 2-5 to 0-9 at halftime.

In the first attack of the second half Mattie Donnelly won a free which Brennan converted before a flowing Trillick attack resulted in a quality point from defender Michael Gallagher. Brennan and Teague exchanged points before referee Sean Hurson played a good advantage that resulted in a well taken James Garrity point. That score came in the 39th minute and amazingly proved to be Trillick’s last of the game.

A strong run from Sean McNabb resulted in a vital point for Dromore before Emmett McNabb split the posts again to leave only a score between the sides at the second Water Break. Dromore were very much in the ascendency at this stage and an Emmet McNabb brace either side of one from play from Teague left it all square with six minutes to play. With two minutes to go Teague nailed a long range free before substitute Odhran Rafferty sealed victory for Dromore with a superb effort from distance as they booked their place in the decider.