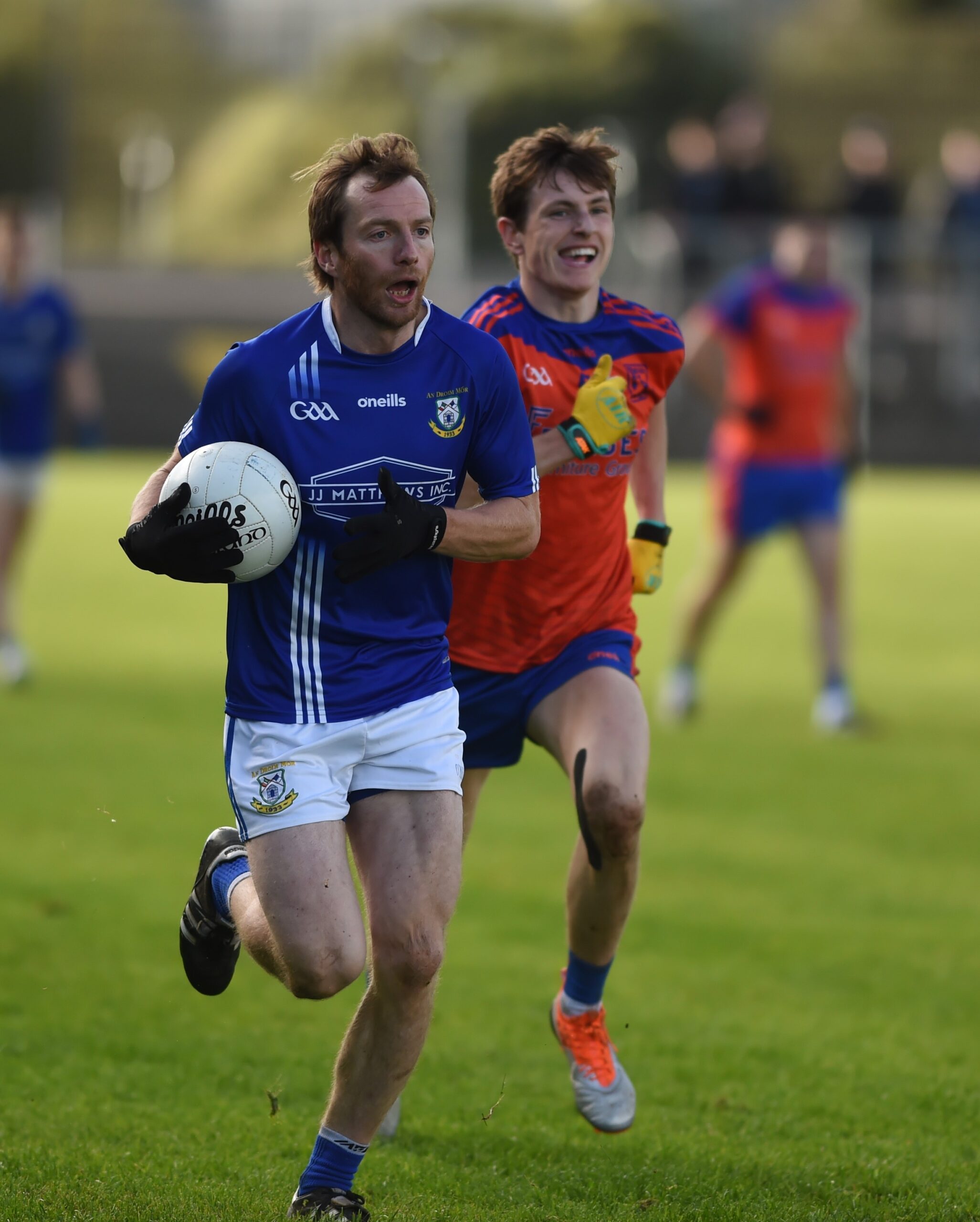 Dromore sealed a meeting with defending champions Dungannon after shading a tight senior championship preliminary round encounter with Ardboe at Plunkett Park in Pomeroy on Sunday afternoon.

Ronan McNabb and CJ McGourty traded the opening points before the latter edged the Rossas in front. Scores were proving difficult to come by and at the first water break it was 0-2 apiece after an Emmet McNabb free. Ardboe keeper Ronan Cassidy then made an excellent save from Ryan McCusker before full forward Tiarnan Sludden put Dromore in front. Oran Mulgrew and Sean McNabb swapped points as did McGourty and Niall Sludden to leave the St.Dympnas leading 0-5 to 0-4 at the break.

In the opening attack of the second half Michael Lynn burst through to send over the equaliser but frees from Emmet McNabb and Peter Teague had Dromore two clear. Ardboe though were proving difficult to shake off with Caolan Mallaghan reducing the deficit and after Teague had knocked over another free Ardboe drew level through substitute Kyle Coney and McGourty. Attacking half back Colm O’Neill then kicked a great score from out on the right wing but with time running out it was all square again with McGourty knocking over a brace of frees either side of a placed ball from Ronan McNabb.

Extra time was looking a distinct possibility but Dromore had other ideas and after Emmet McNabb had put them in front from a twenty metre free defender O’Neill notched another superb point for the insurance score.