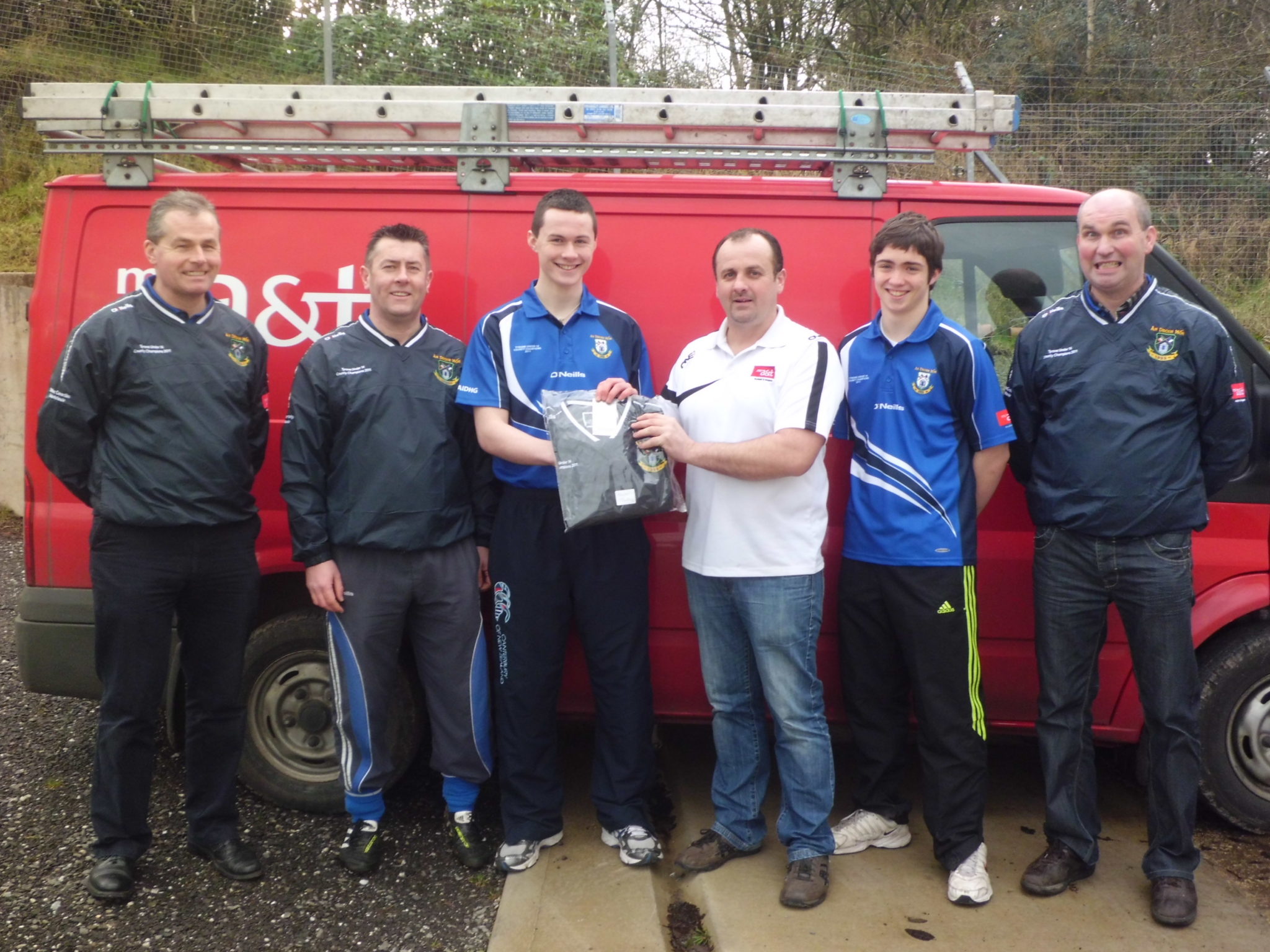 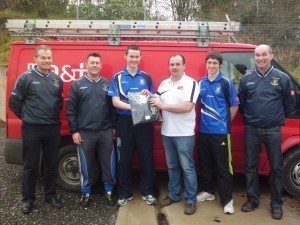 2011 Tyrone U14 Championship winners Dromore have been presented with new poloshirts and wind-cheaters by McAleer & Teague ahead of Dromore’s big gala ball this Friday night.  John McDermott of McAleer & Teague is photographed presenting the tops to team captain Peter Teague along with vice captain Ciaran McCormick and managers Joe Rafferty, Martin McGrath and Brian McCarron.  The Gala Ball entitled “Brod Na Haite A Doh” takes place in the Great Northern Hotel where the gaels of Dromore will be celebrating 10 years of unprecedented success which was topped off in 2011 with their most successful year ever where they secured championship titles at U14, Reserve and Senior level along with the senior league title and the All Ireland Scor title in the Instrumental Group section.  The night will be hosted by Dromore’s own Pio McCann and the guest speaker will be the irrepressible Derry legend Tony Scullion.