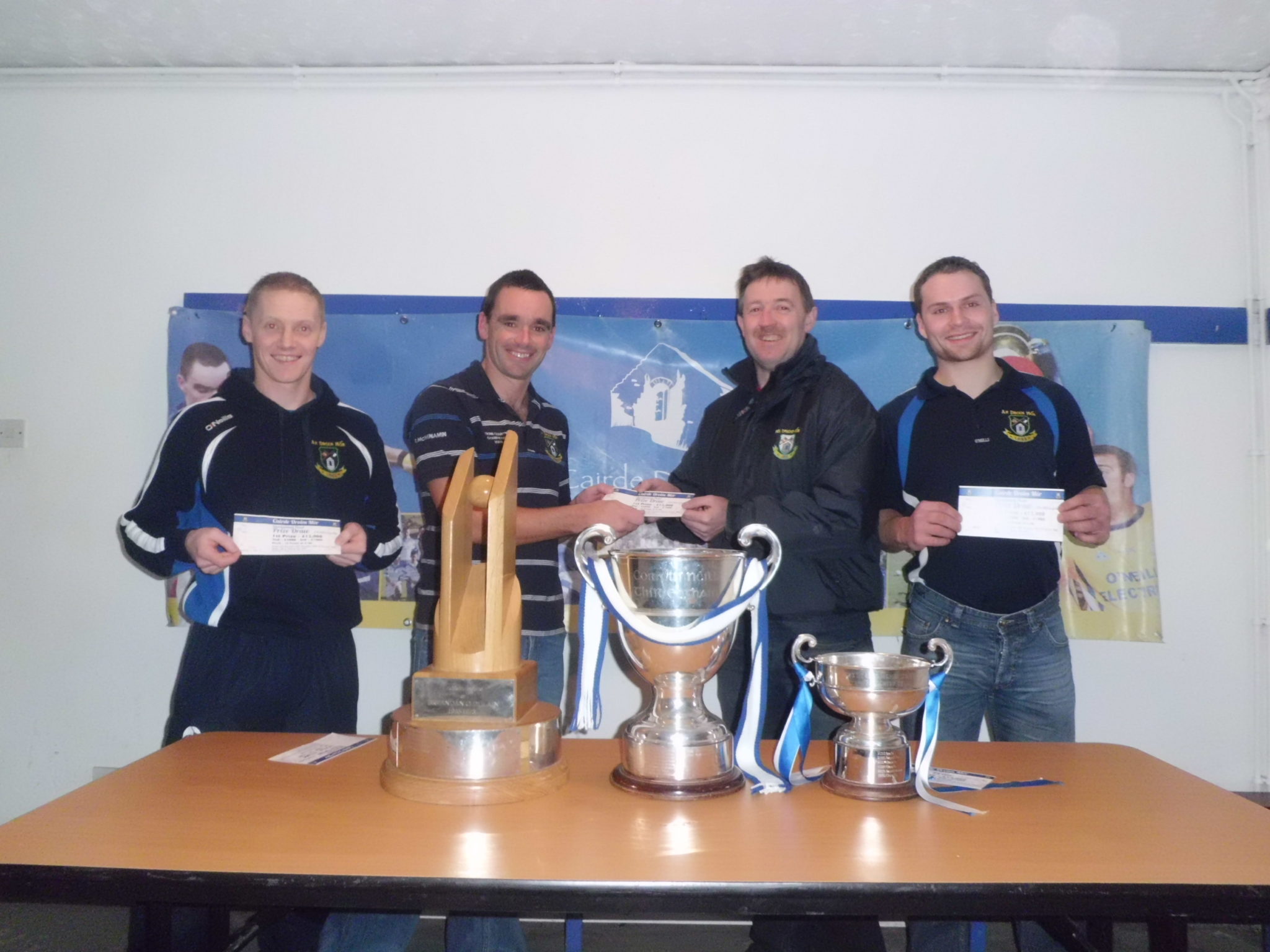 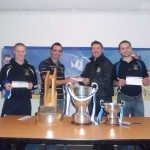 2011 Tyrone senior league and championship winners Dromore GFC have just launched a massive Club Development Draw. In the past few years an investment of over £1,000,000 has transformed their Gardrum Park home into one of the best club facilities in Ulster with a fully floodlit 3G pitch and a second fully floodlit sand carpet pitch complimenting their existing facilities. With further developments planned they are calling on the support of the wider GAA community in Ulster to get behind their fund raising venture. Pictured purchasing the first ticket from chairman Kevin Sludden is club stalwart and Tyrone star Ryan McMenamin along with senior captain Eoin McCusker and ex county star Colm McCullagh. There are £16,000 in prizes with a top prize of £12,000 and the draw itself is to take place in December of 2012. The tickets are priced at £20 each or 3 for £40.