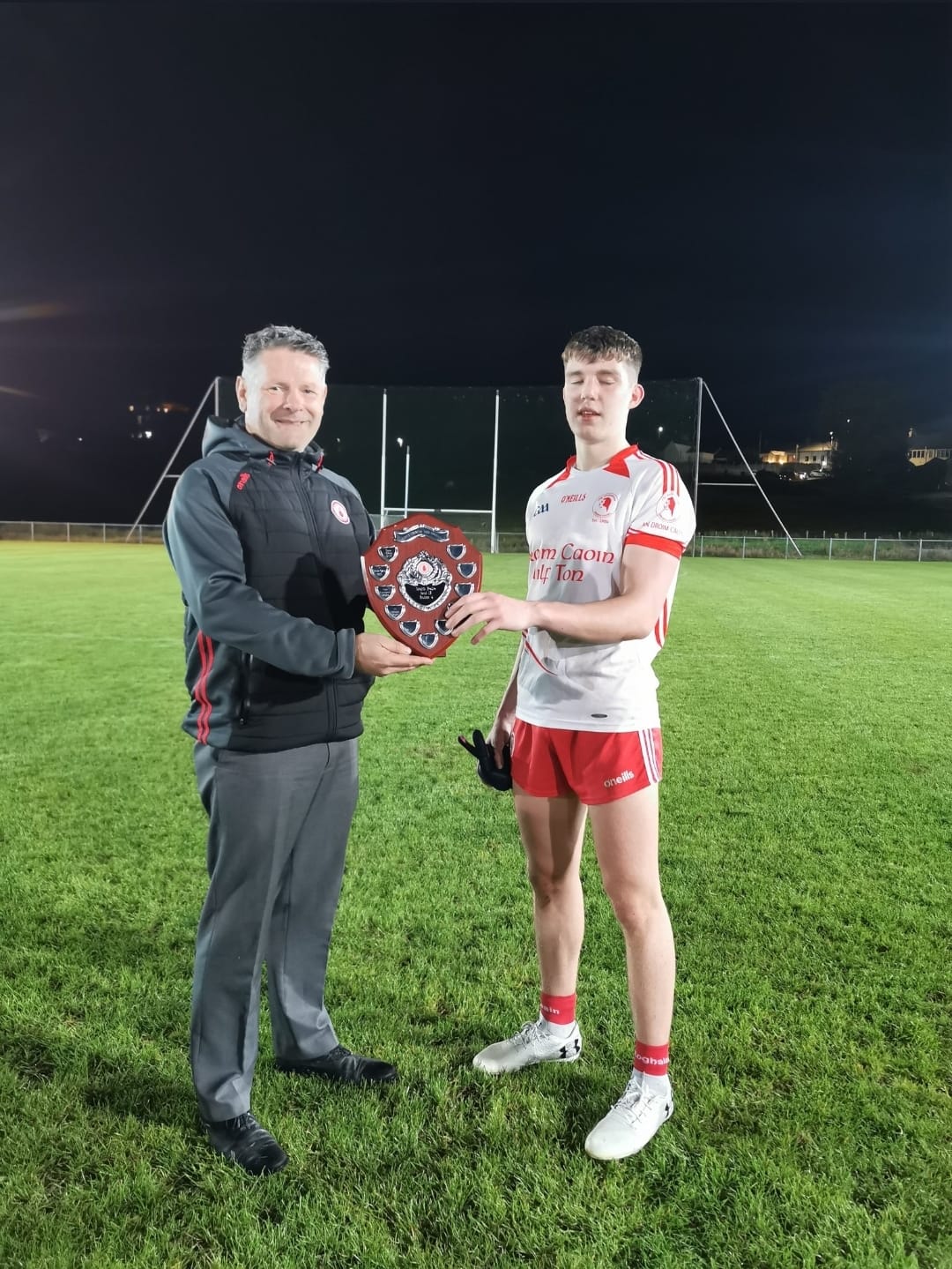 Drumquin and Aghaloo met on Thursday evening in the final of the Grade 4 under 17 league. It was the Wolfe Tones who emerged victorious after a pulsating game game of football.

Oisin Gormley top scored for the victors with 2-9 of his team’s 2-12 tally while Finnen Patterson (2) and Oisin Rodgers (1) were also on target.

Drumquin trailed at the break 2-6 to 1-7 with Jamie O’Hare and Sean Hughes hitting the net for Aghaloo. Sean Hughes, Harry Mc Ginn and Jamie Mc Elroy each provided first half points to put their side in a strong position at the break.

Scores were hard to come by after the break but an Oisin Gormley goal midway through the half proved decisive and although Aghaloo hit the net for the third time deep in added time, it was not enough to prevent Drumquin claiming the league title on a final score of 2-12 to 3-8.