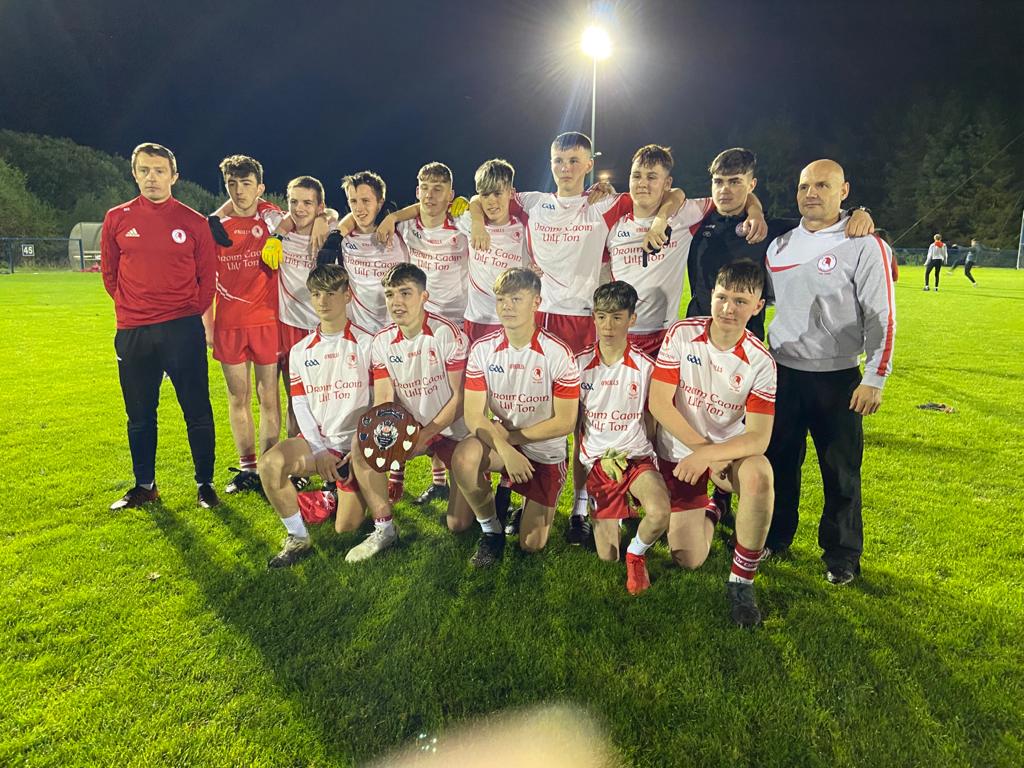 Drumquin proved too strong for a gallant Aghaloo side in the Grade Four Championship final played at Dromore on Monday night winning 2-10 to 0-4 to complete a league and championship double.

The Wolfe Tones found themselves a point behind after James Mc Elroy opened the scoring with an early free. However from then on Drumquin dominated the game creating numerous chances for scores and Sean Mc Menamin, Oisin Rodgers and Oisin Gormley took full advantage.

Gormley top scored for the winners hitting several fine points before finishing up with 2-6 of his team’s total. His goal right at the start of the second half ended the game as a contest and although Aghaloo battled hard they could not breech the tight Drumquin defence. Harry Mc Ginn and James Mc Elroy hit the target for Aghaloo but at no time did they seriously threaten the more physical Drumquin outfit.