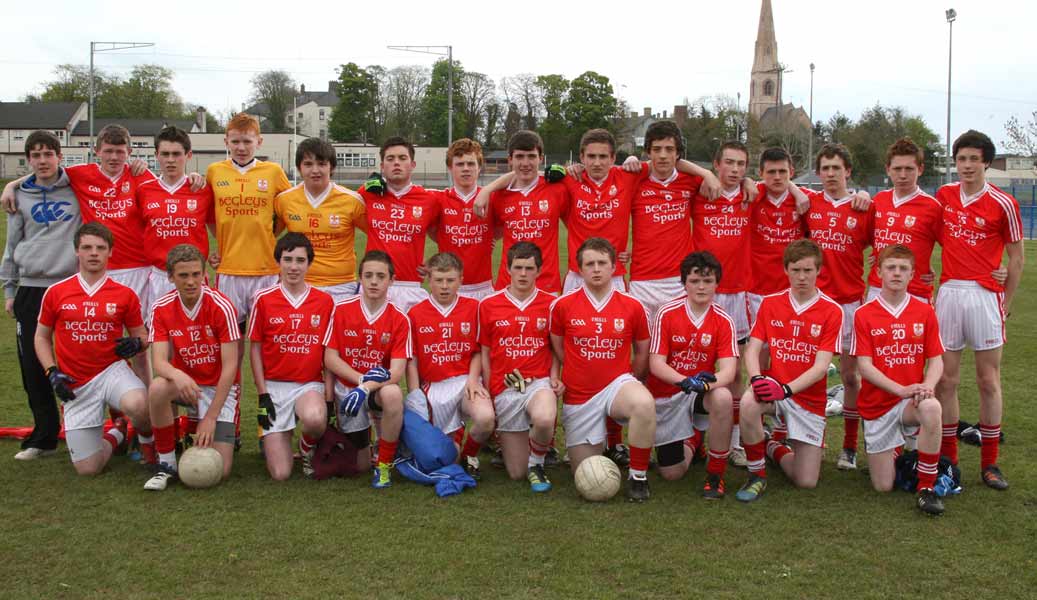 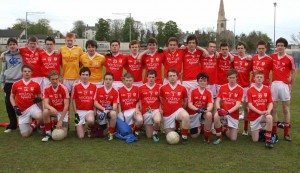 St Pat’s Academy Dungannon had to come from behind and cope with being a man down late in extra time to force a draw in the final of the Brock Shield. In a very tight game The Academy were 0-2 to 0-1 up at the break with their points coming from Corin Kelly and Fintan Mc Clure. The second half continued in a similar manner as Dungannon proved wasteful in attack. The sides were level at full time 0-5 apiece with Dungannon’s three second half scores coming from Eoin Teague, Cormac O’Hagan and Conn Kilpatrick.
In spite of having a man sent off early in extra time Dungannon created lots of chances but took far too few. They were almost made to pay when St Mary’s went 9-8 ahead with time almost up. However Ross Lavery showed great composure to tie the match at nine each with the last kick of the game.