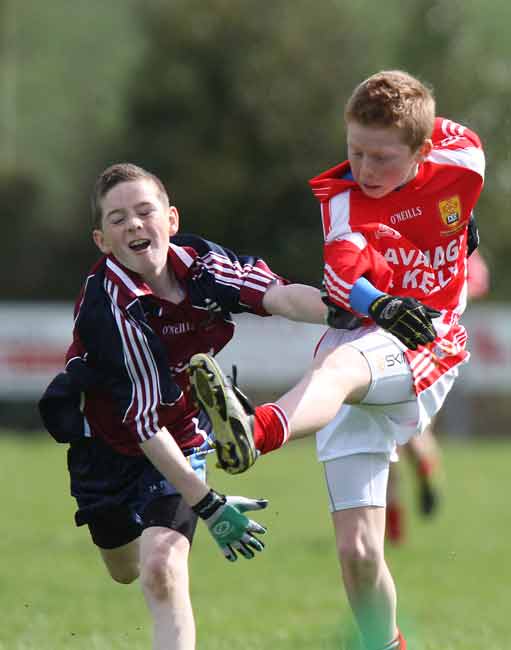 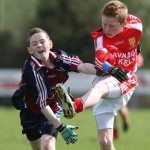 Saint Patrick’s College Dungannon lead St. Pius Magherafelt at half time in this Dalton Cup semi final on a scoreline of 2-4 to 0-4 following thirty minutes of very competitive football at Rock. Magherafelt led 3 points to 2 at the end of the first quarter with team captain Cormac O’Hagan among the points for the Tyrone lads. Dungannon were well on top in terms of possession but could not translate their dominance into scores. They still trailed by a point as the first half reached the last five minutes but drew level on three points a piece. Within a minute they were ahead when Shay Gordan netted following  a fine pass from O’Hagan. A second goal followed shortly after as Dungannon began to play with confidence. Two of Magherafelt’s scores came from the boot of Moortown’s Conan Mc Lernon.

Dungannon went on to qualify for the Dalton Cup Final with a very impressive second half display as they defeated a galant St Pius team 4-15 to 2-6.

A goal from O’Hagan in the first minute of the second half set the tone for the rest of the game as the Tyrone team dominated. Left half forward Paul Donaghy notched eight points for his team and captain O’Hagan finished with 2-3 to his name. Ryan Coleman also netted for Dungannon and one of Magherafelt’s goals came from the boot of Moortown player Jack Mc Guigan. 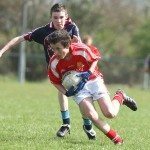