Home | Dungannon Through To Senior Final After Thrilling Finish

Dungannon Through To Senior Final After Thrilling Finish 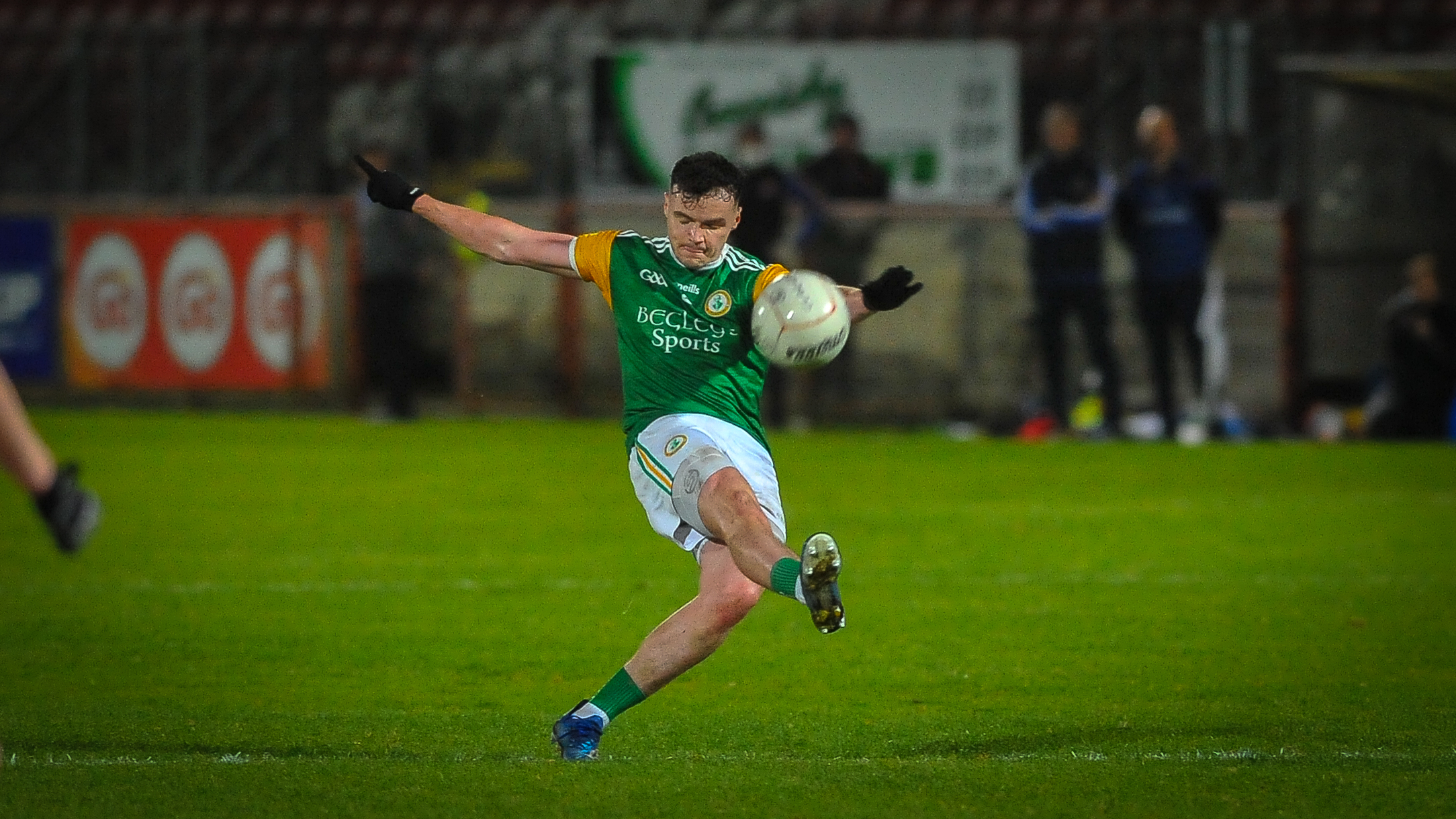 Dungannon Clarkes are through to their first senior county final since 1986 when they came from three points down at the half way point in extra time to snatch victory with the very last kick of the game at Healy Park on Saturday night.

We have seen some incredible championship matches in this year’s LCC Tyrone senior championship but even by the standards of the previous rounds tonight’s finish was something very special as a 45 with the very last kick of the game from the foot of Ciaran Barker hit the inside of the post before dropping over to secure a 0-19 to 2-12 win for The Clarkes.

Dungannon went into the game as underdogs but at no stage were they outplayed or outfought. A close first half saw the sides level six times as they finished tied at the break 0-6 apiece.

Errigal full forward Odhran Robinson opened the scoring after winning a Mark six minutes in. Ryan Jones opened his team’s account before Tommy Canavan and Paidi Mc Nulty swapped points. Paul Donaghy landed his first point of the evening to put The Clarkes 0-3 to 0-2 ahead with thirteen minutes of the first half played. Peter Harte then levelled the game before Odhran Robinson scored his second point to put Errigal in front again. Patrick Molloy replied for Dungannon and both sides added two further points apiece before the break with Dalaigh Jones and Paul Donaghy on target for The Clarkes while Peter Óg Mc Cartan and Mark Kavanagh replied for Errigal.

Dungannon were in front straight after the break with a converted fifty from the boot of corner back Ciaran Barker but Odhran Robinson pounced for an Errigal goal and suddenly Dungannon were two behind.

The Clarkes have found themselves in difficult positions in their previous championship games and they were up against it once more. Patrick Molloy and Donaghy pointed before Errigal added three points without reply courtesy of Cathal Corrigan, Ben Mc Donnell and a fisted effort from Tommy Canavan. With eight minutes remaining and Errigal three in front it was not looking good for Dungannon.

Once again however Collie Holmes’ team rose to the challenge and took the game to extra time with points from substitutes Patrick Quinn (2) and Kiefer Morgan. For the third game in a row they were heading for extra time as the game finished Errigal 1-9, Dungannon 0-12.

Dungannon started the first period of extra time well with a goal from full forward Patrick Quinn only to have it ruled out by the match officials. However a point from Quinn had Dungannon in front three minutes later but Errigal Ciaran responded with a point from Ronan Mc Rory before Paul Donaghy had Dungannon in front with three minutes of the half remaining. Peter Harte tied the game again but Donaghy clipped over his fifth point of the game as both sets of players began to cramp all over the field.

With seven minutes of extra time played Errigal threw on Ciaran Mc Ginley and the former county man rewarded his manager’s trust with 1-1 just before half time in extra time. Errigal Ciaran looked well-placed to push on and win it but they failed to score in the second half of extra time and Dungannon added three points to tie the game once more. Donaghy bagged two for The Clarkes while substitute Kevin Barker levelled the game with two minutes left.

Errigal created several chances late in extra time but dropped a few short and were off target due to serious pressure from the Clarkes defence. With time almost up and penalties seeming the most likely outcome Dungannon forced a forty five following a missed half chance. Corner back Ciaran Barker who had converted one earlier was dispatched to take it. The kick was sweetly struck but seemed to be heading to the right and wide. However it struck the post high up before dropping over the bar and winning the game for Dungannon on a final score of 0-19 to 2-18. Once again The Clarkes had prevailed in adversity by the tightest of margins and the scenes of celebration among the players and supporters showed just how important the win was and more so how important the Clarkes Club is to the town of Dungannon.