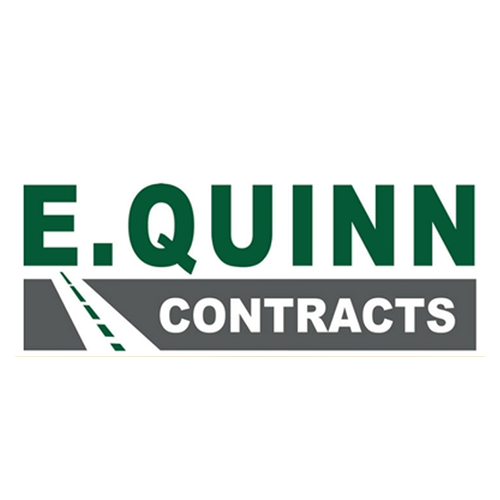 Dromore travelled to the Loughshore to take on Ardboe and they came away with a 2-5 to 0-6 victory. Paudi Dillon top scored for the St.Dympnas with 2-3 with Tiarnan McCusker getting their other two points in a fine all round team display.

Cappagh emerged 3-10 to 1-7 winners at home to neighbours Omagh. Matty Howe finished top scorer for the winners with 1-6 to his name including an outstanding effort from only a couple of yards out from the corner flag. Mark Corcoran and Ethan Cox got their other goals with Jack Carland weighing in with a trio of points.

Donaghmore won’t want to give up their league title without a fight and they demonstrated that at home to Carrickmore when running out emphatic winners. Joe Kelly, Jude McNally, Johnny McKenna and James McCann all played well for the winners who bagged eight goals.

Cookstown were 2-17 to 2-6 winners over Clonoe at Paddy Cullen Park. Michael McElhatton and Keegan Hampsey both weighed in with half a dozen points each for the winners with Conall Sheehy 1-1, Sean Devlin 1-0, Lorcan McMurray 0-2, Canice Cullen 0-1 and Ryan Nugent their other scorers on a night when they were best served by McElhatton, Hampsey, Sheehy and Devlin.

Kildress were 4-6 to 3-7 winners over Coalisland at Father Campbell Park. Aaron McNally 2-1, Gavin Connolly 2-0, Tiernan McNally 0-4 and Cormac Loughran were the scorers for the Wolfe Tones with Fionn McHugh and Paul Corr best for the Fianna.

Goals proved key as Dungannon accounted for Killeeshil at O’Neill Park on a 5-6 to 3-9 scoreline. Finn Spence and Leo Hughes got a brace of goals each for the Clarkes with Matthew Quinn also finding the net and points coming from Spence, Quinn and Fearghal Mallon with keeper Seran Alin, Caolan McGrath and Cillian Mackle others to play well. Killeeshil had the wind at their backs in the first half and goals from Luke Donnelly and Daniel Rafferty enabled them to build a seven point lead. Dillon O’Neill converted a second half penalty for the visitors but in a close finish the hosts just did enough to edge the verdict.

Fintona made home advantage count against Strabane winning on a 4-8 to 1-8 scoreline. Caolan Donnelly top scored for the Pearses with 2-3 to his name with Tiernan Watson 1-2, Eoin Maguire 1-0, Conan Hegarty, Tom Gavin and Peter Colton their other scorers on the night.

Galbally made it three wins out of three thanks to a hard earned 3-14 to 3-10 success away to Drumragh. Conal Quinn, Matthew McCool and Eoghan O’Neill all raised green flags for the Pearses. Niall McCarney was in fine form for the Sarsfields finishing with 2-6 to his name with Brendan Quinn 1-1, Ryan Monty 0-2 and Mattie O’Donnell their other marksmen.

Errigal Ciaran defeated Both Domhnaigh at Dunmoyle 5-8 to 3-5 with Oisin Neil, Ruairi O’Sullivan and Tomas Mullin to the fore for the winners. Lucas McGarvey 2-0, Harley Patton 1-0, Liam Og Mossey 0-2, Cian McConnell, Lorcan McCullagh and Pearse McCrory were the scorers for Both Domhnaigh with James Kelly and Karl McCormack playing well for them.

Edendork were 3-11 to 3-7 winners away to Moortown with Patrick McLernon top scoring for them with 1-5 while Corey Bell 1-2, Padraig Linden 1-0, Conan Colton 0-2 and Conor Mallon 0-2 were their other scorers.

Barry McLaughlin hit all of Aghyaran’s scores but it wasn’t enough to prevent them from losing 4-7 to 1-8 at home to Beragh.

Augher were 6-7 to 2-4 winners away to Urney with Aodhan Colton, Pascal Gormley, Ben Trainor and Theo Gartland getting the goals for the St.Macartans.

Naomh Eoghan travelled to Eskra and came away with the two points on a 5-11 to 4-7 scoreline. Shay Devine, Bobby Gillespie and Conor Langan got the goals for the winners with Darragh Devine, Shea Collins and Eoghain Maguire among their points. Cormac Hughes, Rory Kinsella and Eoghan McKenna were among the scorers for the Emmetts with good displays coming from Conor Hackett, Ashton Beattie and Ronan Donnelly.

Tattyreagh edged past Castlederg at home in a low scoring affair, 0-7 to 0-5. Oisin Lynch converted a trio of frees for the St.Eugenes with Corin McConnell and Jamie Doherty their other scorers on a night when they had good displays from keeper Ryan McLaughlin and full back Thomas Collins.

Brocagh were 4-7 to 3-5 winners at home to Brackaville with the help of good performances from Shea Gates, Eoin O’Neill and Oisin Robinson.

Owen Roes Clann na Gael were 2-13 to 3-6 winners away to Greencastle. Mickey Joe McGlinchey 2-2 and Sean Og Teague 1-4 got all of the home side’s tally between them.