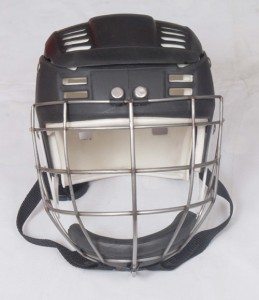 Fingal 4-15 Tyrone 0-14
The concession of two early goals saw the Tyrone senior hurlers surrender their unbeaten record in the Division 3A National Hurling League, at Swords on Sunday afternoon, as Fingal powered their way to an impressive thirteen point winning margin.

The result has thrown the title and promotion race wide open again with Tyrone’s destiny now hinging on this weekend’s clash against high flying Monaghan, at Healy Park. However, Tom Magill and company will be looking for a massive improvement from the one turned in, at the Dublin venue, as Fingal more or less had the game wrapped up by half time.

Two goals in the opening seven minutes from John Matthew Sheridan and Andrew Richardson set the tone for the Fingallians representatives and, it could have been worse as Robbie Sheridan blasted another golden goal opportunity wide of the posts, as Tyrone struggled to match the Dubliners intensity and work rate. Justin Kelly opened Tyrone’s account from a free and, with Seamus O’Hagan and Damian Casey registering points, the Ulster men showed some spirit, as they reduced the margin 2-4 to 0-2 entering the second quarter.
Sheridan, who was to finish the contest with an impressive 1-7 tally to his name helped push Fingal six clear again before Tyrone enjoyed a decent spell of pressure that yielded four unanswered points. Mark Winters hitting two of them alongside Damien Casey, but Fingal finished the half strongly and four points from Colm Foley and Graham Dillon amongst others saw Willie Bourke’s charges enjoying a comfortable 2-8 to 0-8 half time lead.

In the second period Tyrone continued to hurl well with substitute Aidan Kelly getting in on the scoring action along with Casey, who finished with 0-4 to his name. Rory O’Neill and Conor Grogan also peppered the score board, but with the unerring Sheridan in fine form Fingal always maintained the upper hand.
Indeed they added further goals via the hurls of Peter Daly and Andrew Richardson to seal the outcome by the 20th minute mark. And they even had the luxury of missing a penalty as top scorer Sheridan pointed from the spot.

Tyrone’s cause was not helped by the absence of several leading players through injury and suspension. Manager Tom Magill will be hoping the likes of Damian Maguire and Stephen Donnelly can return to the fray for the Monaghan game, as the Red Hands continue to chase a place in the Final and possible promotion.