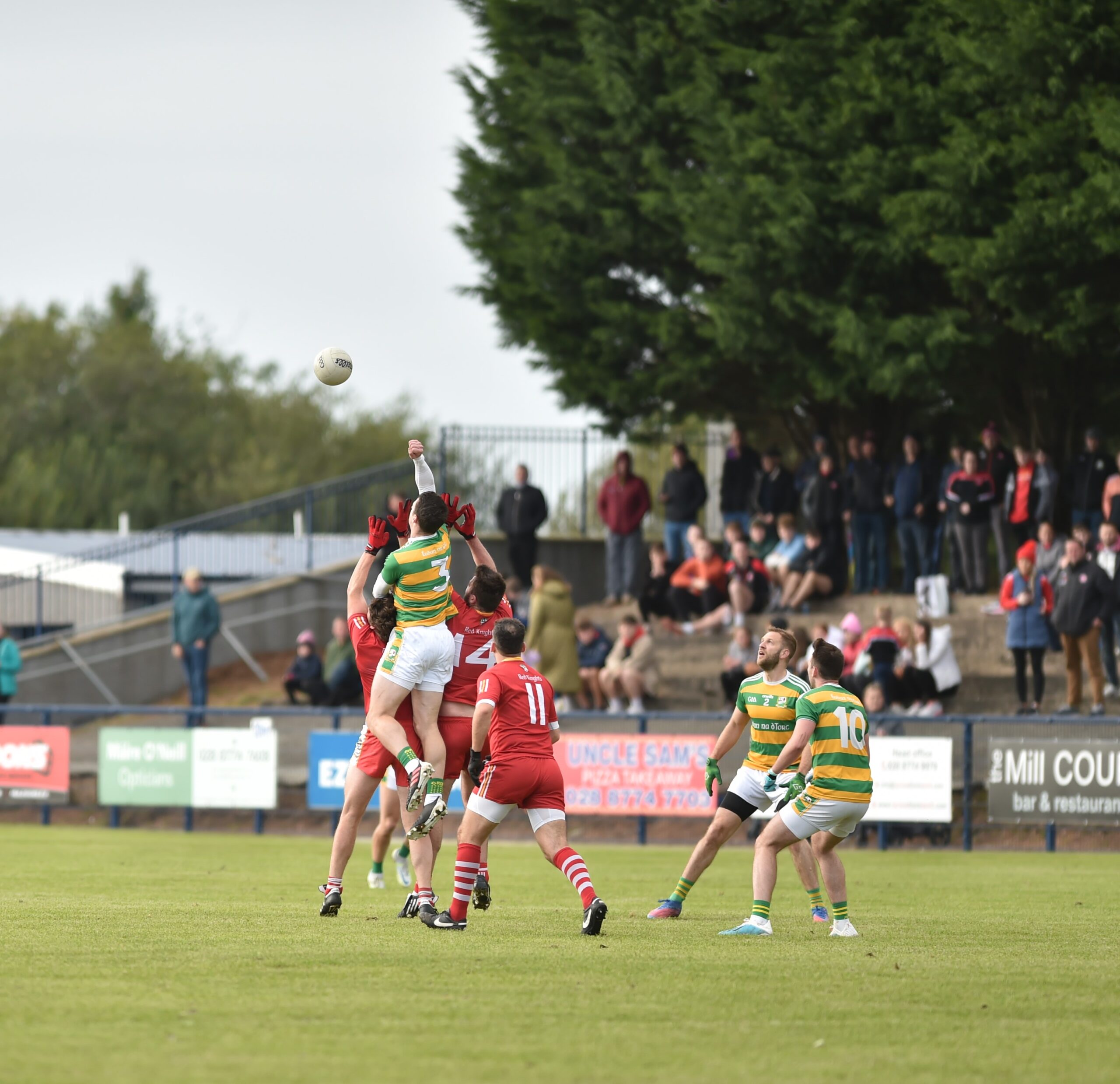 Edendork justified their favourites tag when they produced a professional performance to see off the challenge of a battling Beragh side at Father Campbell Park in Coalisland on Saturday afternoon.

After a slow start it was a contest that the St.Malachys were always in control of and they were well on their way to victory by halftime as goals from Niall Morgan and James Fearon gave them a 2-8 to 0-8 interval advantage despite having played against the wind. To their credit the Red Knights never gave up but Edendork were always able to keep them at arm’s length as they set up a mouth watering last four clash with Eglish.

Martin Rodgers opened the scoring for Beragh from a free before two superb points from play from opposite wings from Connor Owens had the Red Knights 0-3 to 0-0 to the good by the 6th minute. Gradually though Edendork worked their way into the game with Darren McCurry landing a brace either side of efforts from James Fearon and the superb Harry Og Conlan. Declan McCann levelled matters before Niall Morgan gave his side an advantage that they were never to loose with a sweetly struck “45”.

In the 16th minute the winners struck for a well worked goal when McCurry, Conlan and Luke Ferguson combined for the latter to centre the ball for Fearon to palm to the net from close range. McCann and Conor Mallon traded points as did Conlan and Rodgers before Morgan finished off a sweeping move with Edendork’s second major to leave them well in control.

Conlan opened the second half scoring with a quality point from distance and while Beragh replied with an Owens free and a point from play from Cathaoir Donnelly they were always chasing the game. McCurry and Morgan both tagged on superb efforts from play with Owens responding at the other end of the field. Owens took his personal haul to 0-6 with another brace of frees after they had lost Donnelly to a black card but it was Edendork who closed out the game on top with three in a row from Conlan and one from McCurry to progress with the minimum of fuss.