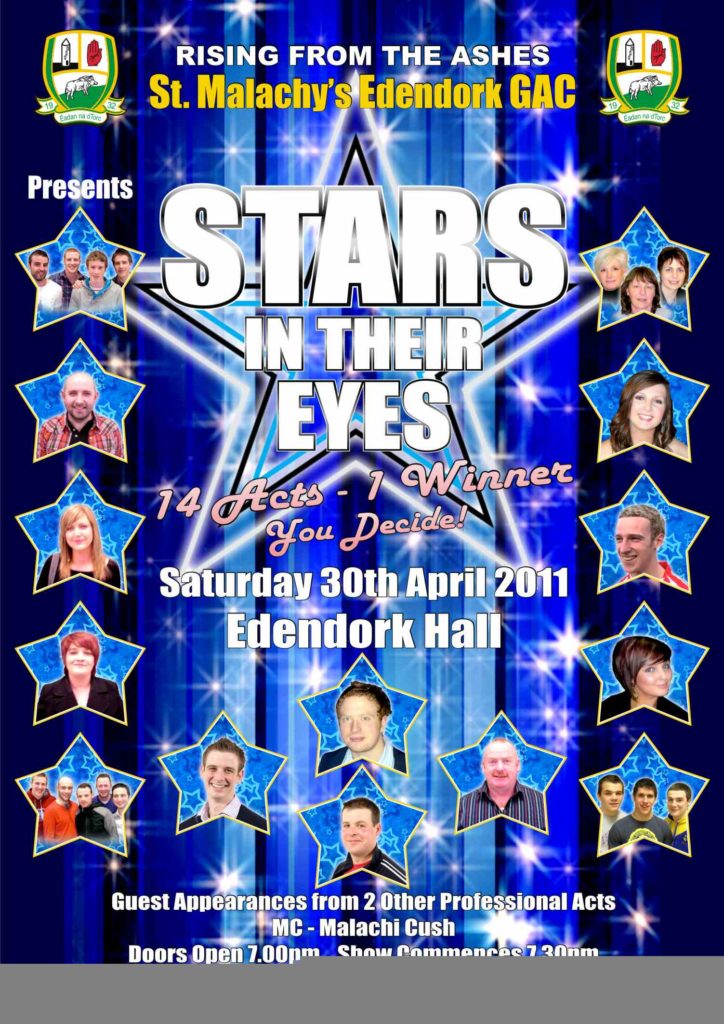 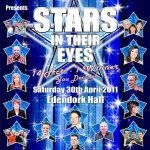 When the news came through that Edendork clubhouse had been burned to the ground there were quite a few who feared it would take years to rebuild. However driven on by the determination that makes the GAA  unique the committee and club members have been busy seeking ways to raise funds and re-establish their club as a fine venue for club and county games. Indeed when Healy Park was declared unplayable for The Mc Kenna Cup game against Donegal, Edendork stepped in at very short notice and did a fine job in hosting the game. The club were able to parade their All Ireland Scor na nOg Champions in Instrumental Music on the same day as a further indication that their club was on the way back.

The Committee have plans for several fundraising events and the latest is scheduled for the end of April when they host a wonderful night of Stars In Their Eyes with Malacai Cush as MC. So if you are interested in a great night’s entertainment or just wish t0 support a club in their rebuilding efforts, come along and you won’t be disappointed.