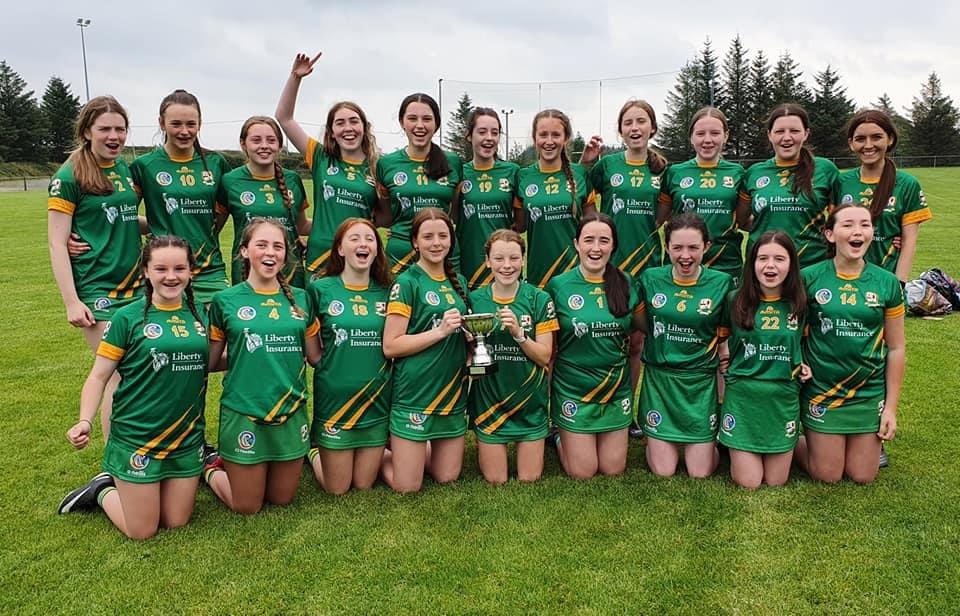 What a year it has been for this group of young talented Edendork Camogs!!!

Back in early August this group of U16 Camogs had a super win against Eire Og, Carrickmore in the Tyrone U16 Championship final to be crowned U16 Tyrone champions!

Barely a month later, on the 5th of September this same group of girls, minus 5 overage players, were crowned Tyrone U15 Feile champions! An amazing achievement after overcoming a strong Omagh side in the semifinal and a skilful Eglish team in the final.

To conclude a highly successful year they were chosen to represent Tyrone in the John West U15 Feile experience in Croke Park on Monday past. What an experience! A day of laughter, fun and enjoyment for our young camogs who all played their part and championed the field at Croker, with an outstanding 4-9 to 1-4 victory against our Westmeath opponents, Delvin.