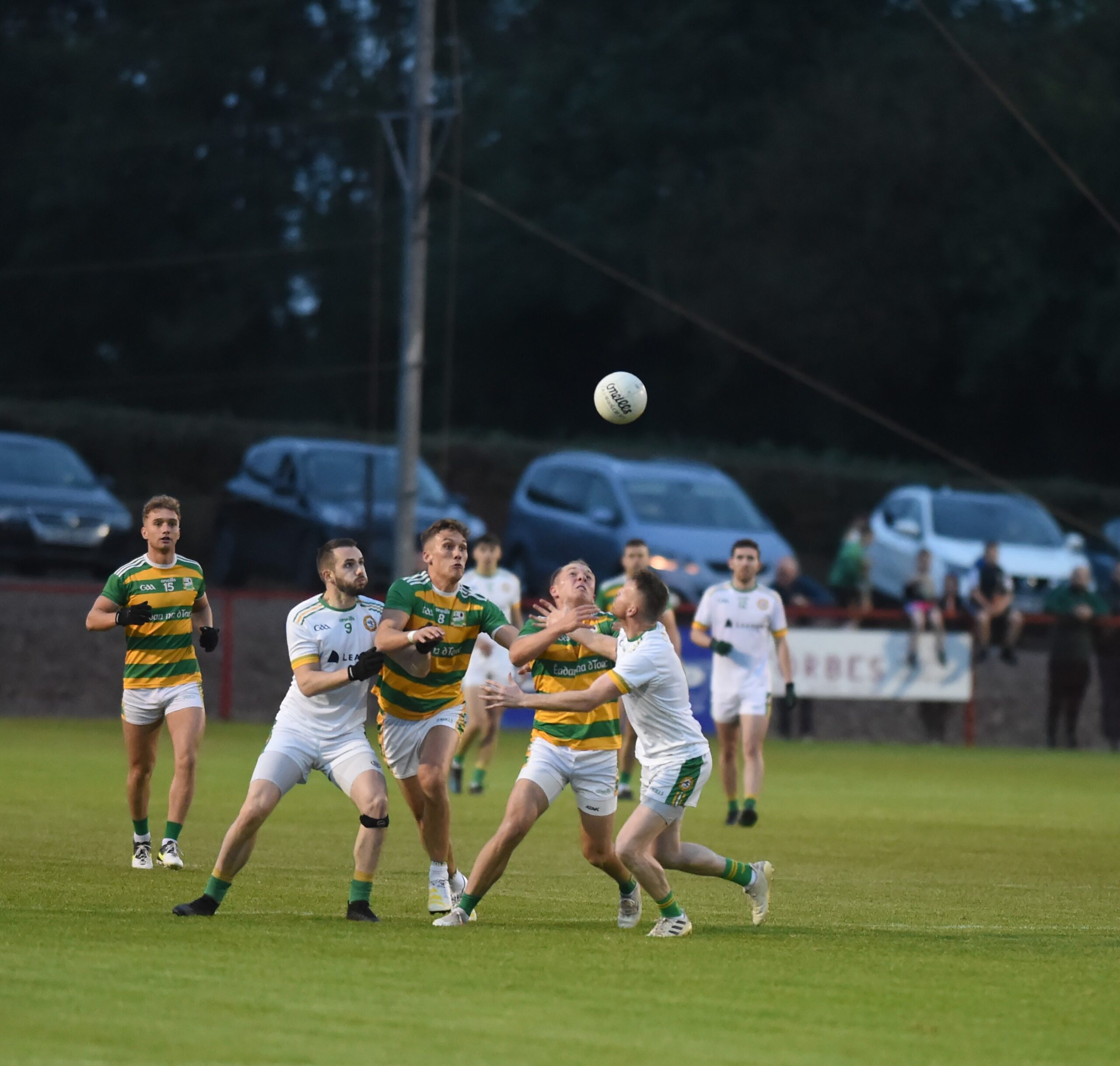 Edendork completed this season’s LCC Intermediate championship quarter final line up when they had a hugely impressive victory over Kildress at Stewartstown on Monday night.

The first half was an open, fast moving, close and entertaining affair before an injury time goal from attacking half back Ben Cullen left the St.Malachys four in front at the short whistle. It was to prove a significant score as in the second half the winners took the game by the scruff of the neck playing some outstanding football to run out convincing winners in the end with Darren McCurry and county colleague Niall Morgan contributing 2-11 between them.

By the 21st minute there were fourteen points scored with the sides level with most of those attempts of the highest quality. Morgan McCurry, James Fearon and Ben Charlton were on target for Edendork with Matty McGuigan, Pauric Lagan and the lively Shea Quinn all splitting the posts for the Wolfe Tones. Kildress then almost got in for a goal but McGuigan’s effort shook the crossbar. McCurry and Fearon edged Edendork two front and while defender Tiarnan McNamee replied for Kildress it was that goal from Cullen that separated the sides at the short whistle, 1-10 to 0-9.

Edendork picked up where they had left off on the restart with Morgan nailing two long range frees with McCurry and Luke Ferguson on target as well. A Shea Murphy free had opened Kildress’s second half account but they were starting to struggle to stay in touch with their slick moving opponents. Ferguson and McGuigan exchanged points before McCurry, Morgan, Cullen and substitute Stephen Gervin increased Edendork’s advantage.

Quinn and Stephen Loughran traded scores with Gervin and Cullen before a flowing move ended with Gervin setting up Morgan for a goal from close range. Edendork continued to press with Daire Conway getting his name on the scoresheet before McCurry sent the ball straight to the net from a 13m free with the last kick of the game.