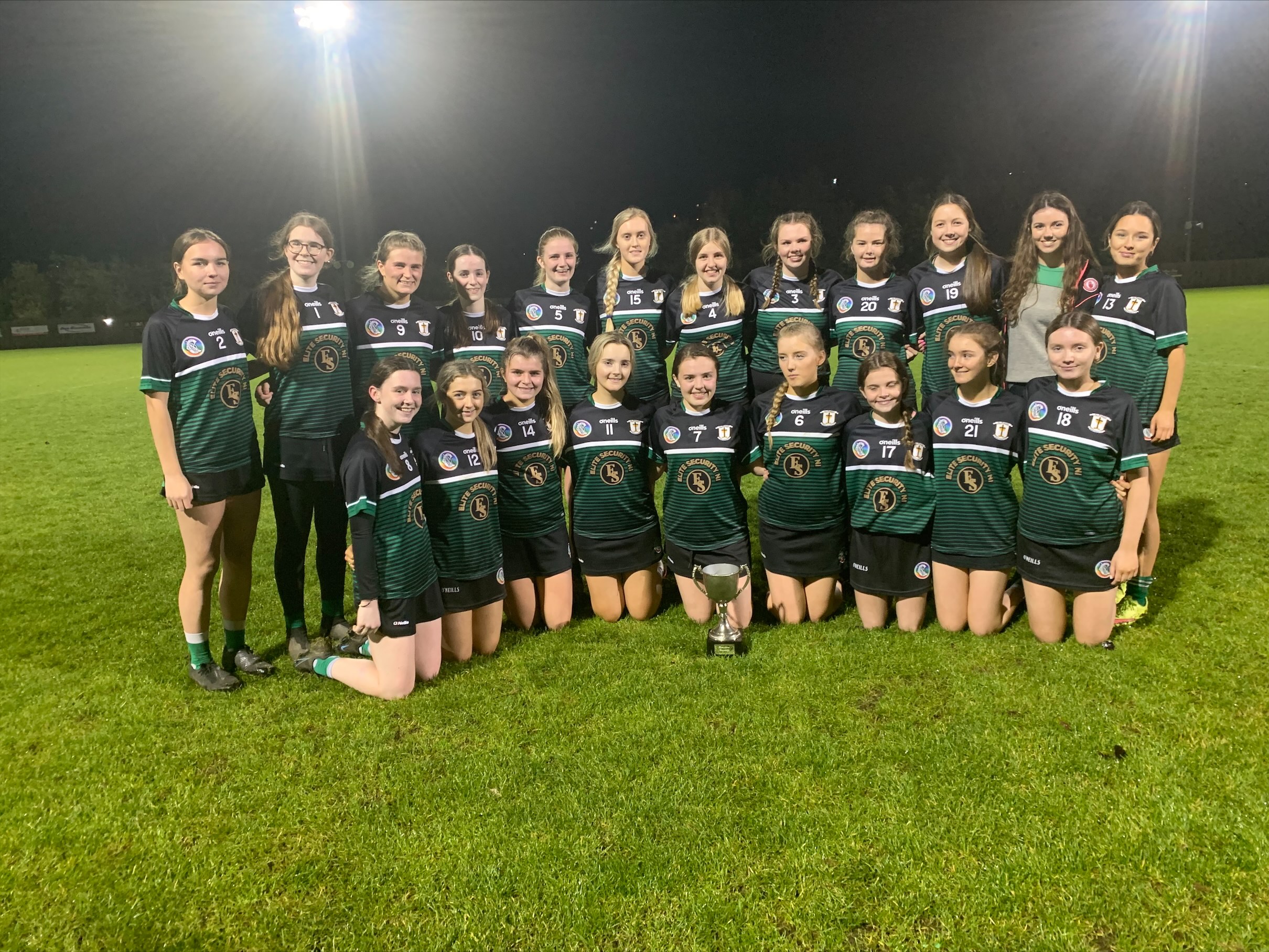 With both the delayed 2020 minor final and the recent senior final going the way of Eglish over local rivals Naomh Treasa, they were favourites for this rematch.

The game was originally scheduled for the neutral venue of Kildress but with the pitch unplayable there was a last-minute toss to see a change to Eoghan Ruadh hurling field. After a day’s rain, the weather had thankfully settled and the game got underway in fine conditions.

Eglish immediately put pressure on the Dungannon goal with player of the match Kaitlin Gallagher scoring the first three points from set plays. Niamh Doran, Bronagh Barker and Diva De Oliveira found themselves having to work hard in defence.

A square ball called seemed to stop the Eglish momentum and Beth Jones was the first to score for the home team. After the waterbreak Eglish were back in the driving seat with some excellent running and skill from the likes of Rhianne McLoughlin and Oilibhia Farley. Further scores from play came from Emma Holmes, Ellen Rose Murtagh, and Eve Hughes all before the break.

Just when it seemed the second half would produce a routine win for Eglish the Dungannon side showed some real determination. Rebecca Santos and Caitlin McNulty put in some serious hard work and Clare Kelly was rewarded with a goal. Dungannon captain Cora McGrath then hit the net twice in a quick succession to reduce the score difference to three points with five minutes to go. However Eglish demonstrated their quality and saw the game through to collect the title.

A special mention to both goalkeepers who were superb throughout.