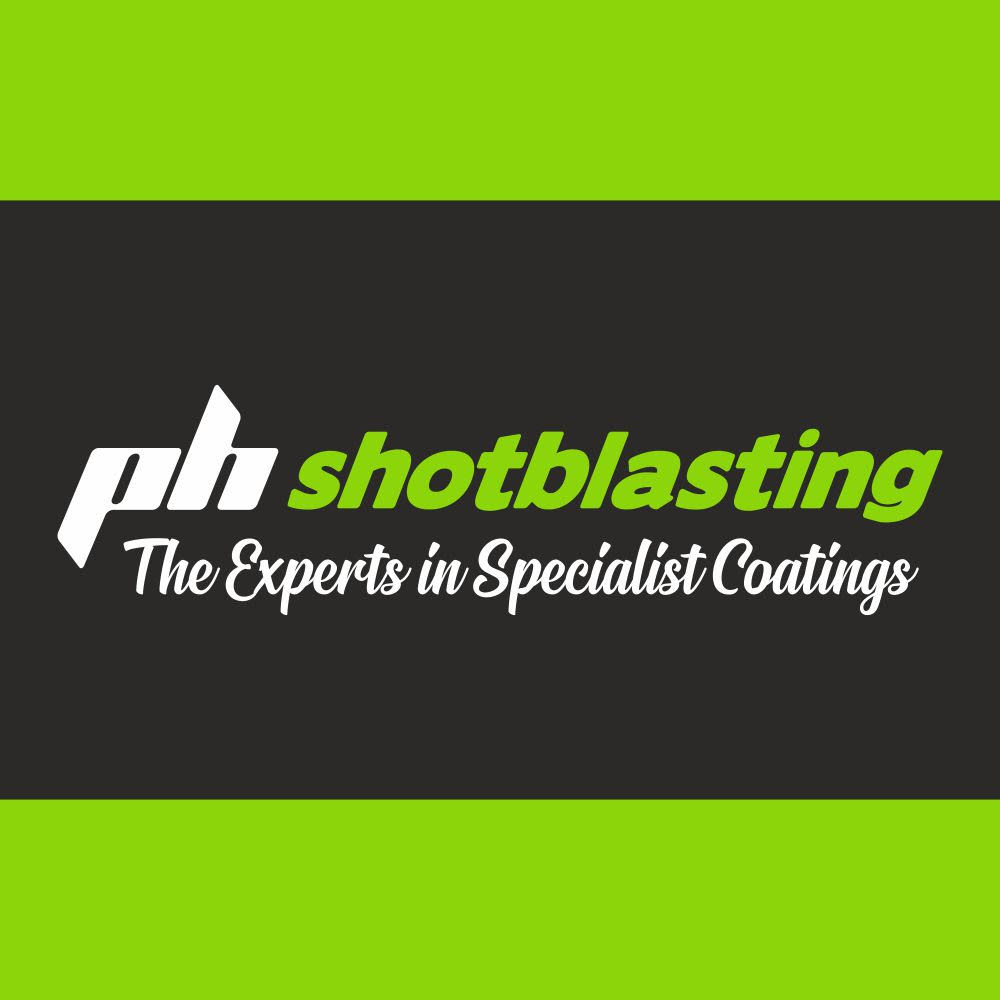 Eire Óg are Tyrone U17 hurling champions after a penalty shoot out win over Eoghan Ruadh in a pulsating game at Garvaghy on Wednesday night. Played in difficult conditions the game kept the large crowd well entertained and with little between the teams all night it came as no surprise that the match firstly went to extra time and eventually penalties. 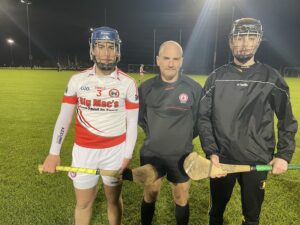 Eoghan Ruadh began well and with wind assistance opened up a three point lead with scores from Leo Hughes, Ronan Molloy and Sheehan Fay. Man of the match Aidan Woods eventually got Eire Óg on the scoreboard but Molloy made it a three point game with a fine score. Against the run of play Eire Óg got their first score of the game when Dylan Devlin pounced on a ball in the middle of a ruck of players and fired it to the net to tie the game. 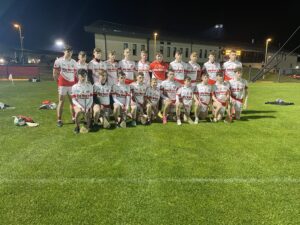 With the wind playing a significant role and making accurate shooting difficult Leo Hughes popped over his second point of the contest to put the Dungannon based outfit ahead again. With half time rapidly approaching Ronan Molloy doubled the lead before Sheehan Fay pointed to send the teams off at the break with Eoghan Ruadh leading 0-7 to 1-1. 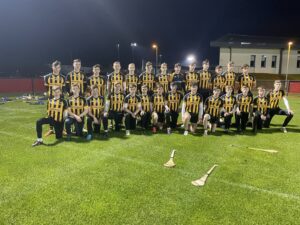 The second half saw Eire Óg get back into the game with Woods, Frances Hurson, Conn Sweeney and Shea Munroe leading the recovery. Several chances were spurned and Aidan Woods was denied a goal by the width of the crossbar as Eire Óg chased the game. Ronan Molloy grabbed the chance of a score when he pointed to put Eoghan Ruadh four clear 0-8 to 1-1. The same player fired over a superb point from a free and with fifteen minutes played it seemed that Eire Óg’s challenge was waning.

It was then that Aidan Woods took the game by the scruff of the neck to five points in a row and take the game to extra time.

Both sides had chances during extra time but it was Eoghan Ruadh who made the most of theirs. Points from Ronan Molloy(2) and Corey Bell put their team three clear at half time in extra time. Eire Óg were given a chance to get back into the game when they were awarded a penalty but Sheehan Fay went into goal for it and made a fine save to keep his team three clear.

Buoyed by their pressure and roared on by their support Eire Og poured forward with Daithi Mc Elhatton, Darragh Mc Phillips and Michael Coyle adding to the numbers in the forward unit. Eventually they created a goal chance and Aidan Woods fired to the net to tie the game once more.

Both sides had chances to win it late on but cramp and the elements conspired against them and the game finished all square 2-6 to 0-12. Penalties were required and after the first six were missed Eire Óg took the win with two conversions,