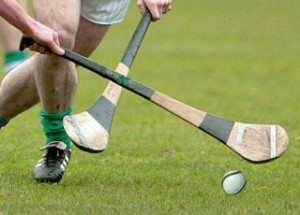 Eoghan Ruadh hurlers have qualified for the Division Four all Ireland Feile final following a hectic and tense day of competition in Dublin. Having won their opening group games they were drawn to face Craobh Ciaran in the semi final knowing that victory would give them the opportunity to play an all Ireland club final at Croke Park. Quite an achievement for such a talented bunch of young hurlers. The Tyrone champions produced a superb effort to win 3-02 to 0-05. They had heroes all over the field with their goals coming from Luke Ferguson (2) and Lorcan Devlin. Their two remaining scores coming from the stick of Josh Ferguson.
This was a tremendous display from the whole team with Stevie Currie, Josh Ferguson, Brannon Molloy, Caolan Kelly and Kiernan Ross all in superb form for their team.
The lads can now look forward to taking on Padraig Pearses of Roscommon in the final on Saturday morning 10:00am at Croke Park. We wish them well as they stand on the verge of creating history.