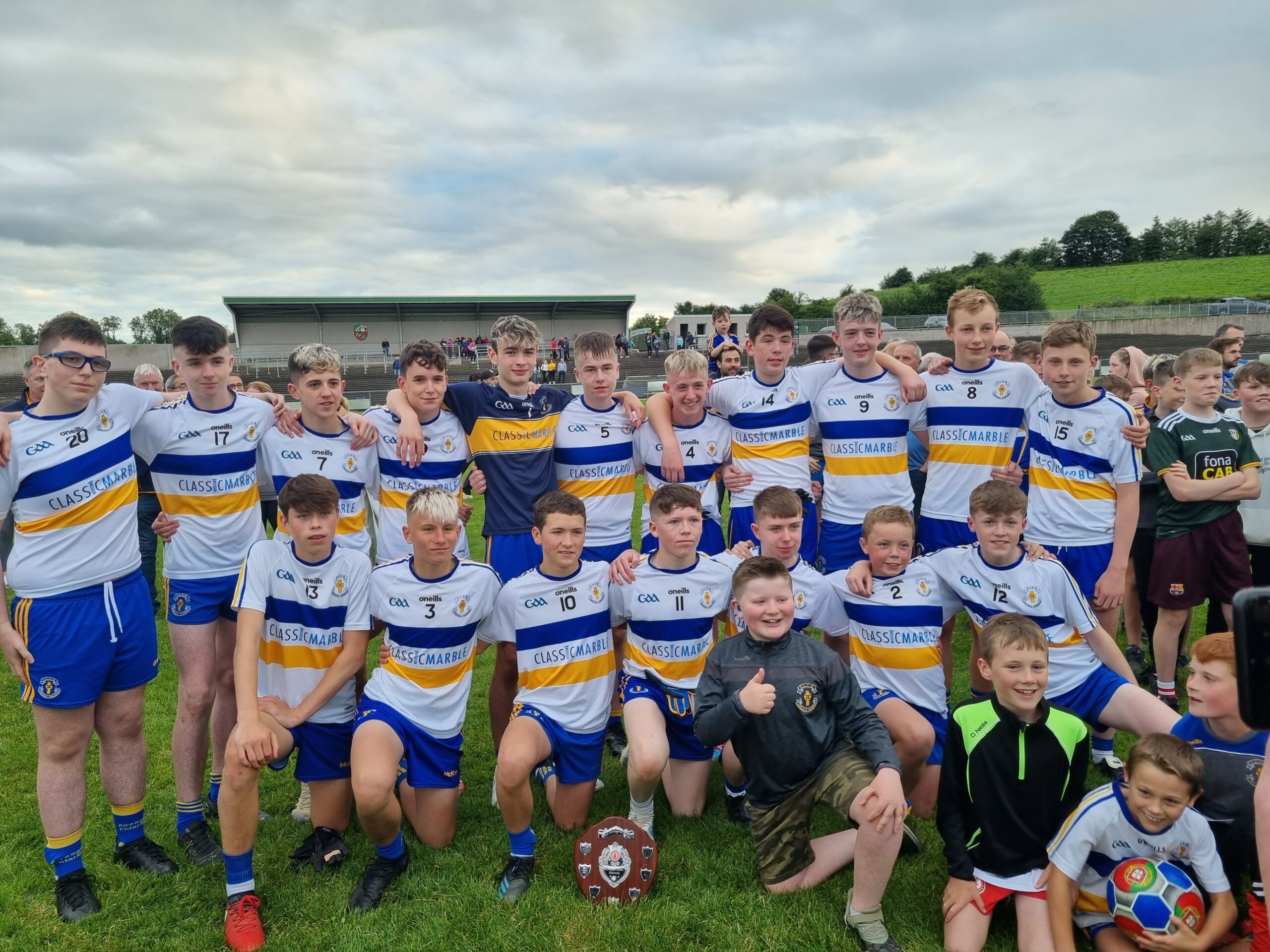 Errigal Ciaran lifted the Grade 4 Minor championship title when their two goals made the difference against a battling Augher side at Killeeshil on Tuesday evening.

The winners started strongly with points from Kevin Hughes, Michael Mullin and Charlie Maguire before the latter slotted home a penalty. Augher though began to play their way into the game and points from Ben Trainor, Aodhan Colton and team Captain Pascal Gormley left them only trailing by the minimum margin at the break, 1-5 to 0-7.

Colton and Senan Canavan swapped points on the restart before a Gormley free levelled matters. It was anybody’s game at this stage but crucially Errigal Ciaran got the next three scores from Dan Loughran, Maguire and Mullin. Gormley kicked two dead balls but it was Errigal Ciaran who got the crucial score when Kornelia Mielniczek blasted the ball to the net. Augher piled on the pressure but they couldn’t find the goal that they badly needed with Errigal Ciaran keeper Jude Curran making a number of fine saves.