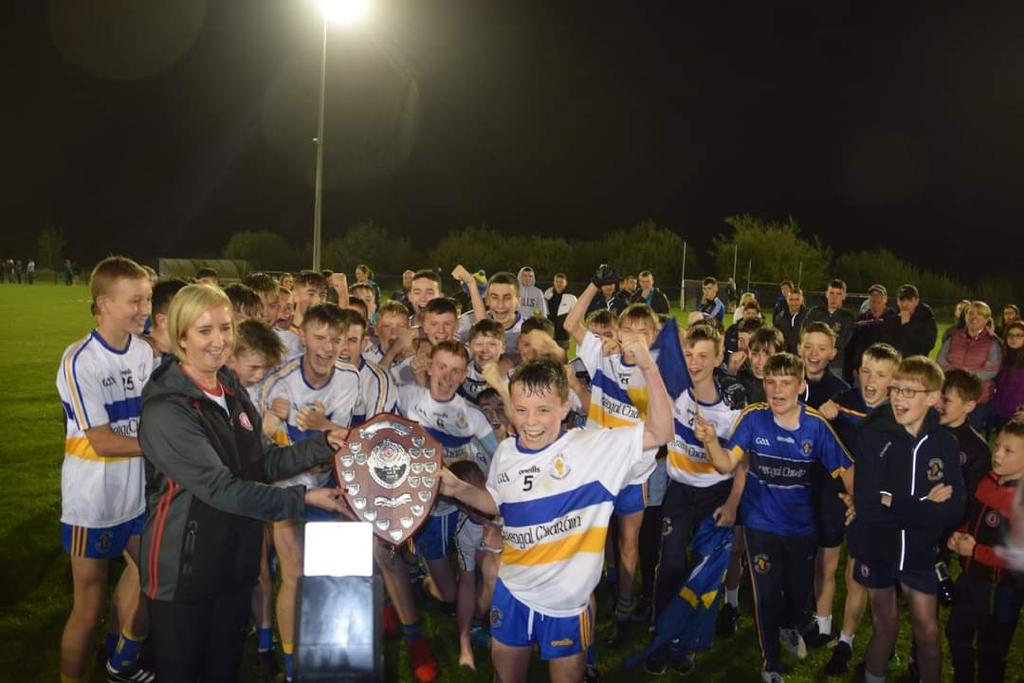 Errigal Ciaran saw off the challenge of Omagh St Endas to lift the Grade 2 Under 15 championship title on Monday evening. A low scoring first half saw them reach the break leading 0-3 to 0-2 but after an improved second half they pulled away to win by five on a final score of 0-12 to 0-7.

A brace of first half points from Shea Mc Dermott and a point from Seanan Canavan put Errigal three clear but two Omagh points before the break sent the sides off at half time with Errigal 0-3 to 0-2 ahead.

Omagh levelled the game shortly after the restart but Errigal responded with points from Charlie Maguire, Conor Fleming and Seanan Campbell to edge three clear. The teams swapped points with Pearse Mullin and Shea Mc Dermott on target for Errigal. Omagh battled hard to close the gap but further scores from Mc Dermott and Ciaran Mullin ensured the title went back to Dunmoyle.