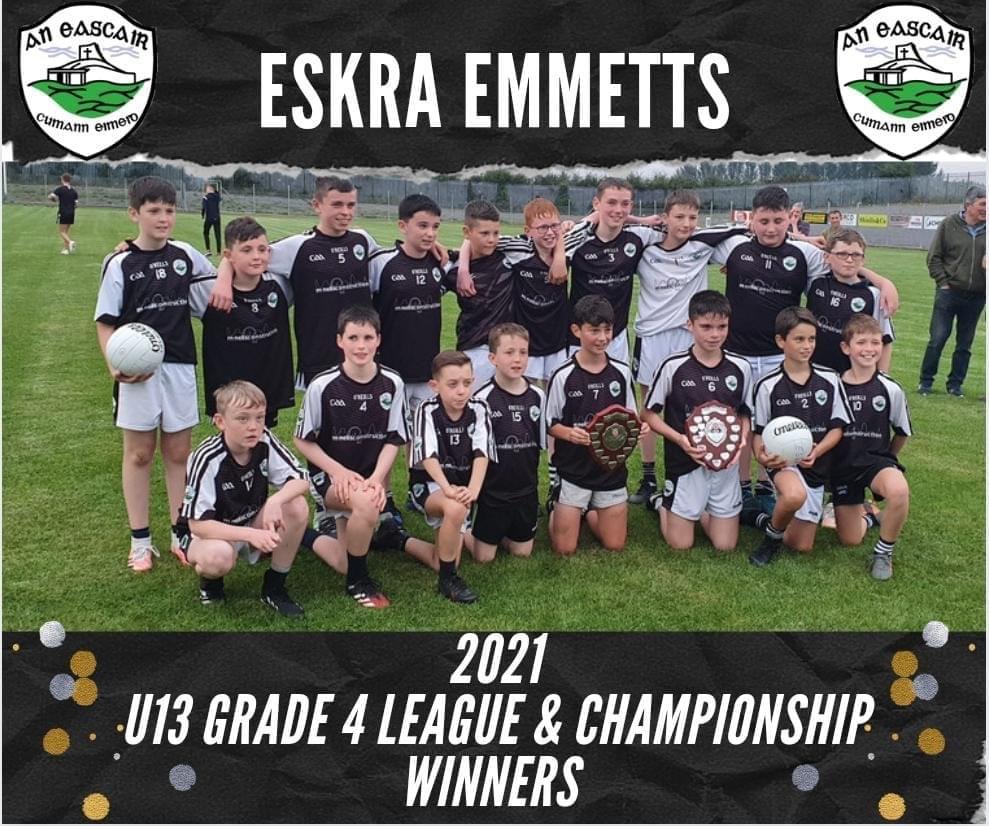 Eskra claimed the Grade 4 Under 13 championship after defeating Stewartstown in a very close and exciting game on Wednesday evening. There was little between the teams at the break as Stewartstown reached the short whistle leading 1-5 to 1-3. Ryan Biggs (2), Michael Hughes (2) and Conan Mc Cullagh (1-1) got the scores that had the Harps ahead while for Eskra Dara Mc Garvey converted two frees and Eoin Mc Evoy bagged a goal and a point. Eskra were the more productive side after the break and found the net twice courtesy of Dara Mc Garvey and Daithi Mc Namee who also landed a brace of points for his team. Both Matthew Mc Kenna and Mc Evoy hit a point apiece to seal the championship win on a final score of 3-7 to 1-9. Michael Hughes landed a brace of Stewartstown points while a James Hughes minor score accounted for the remaining Harps score.