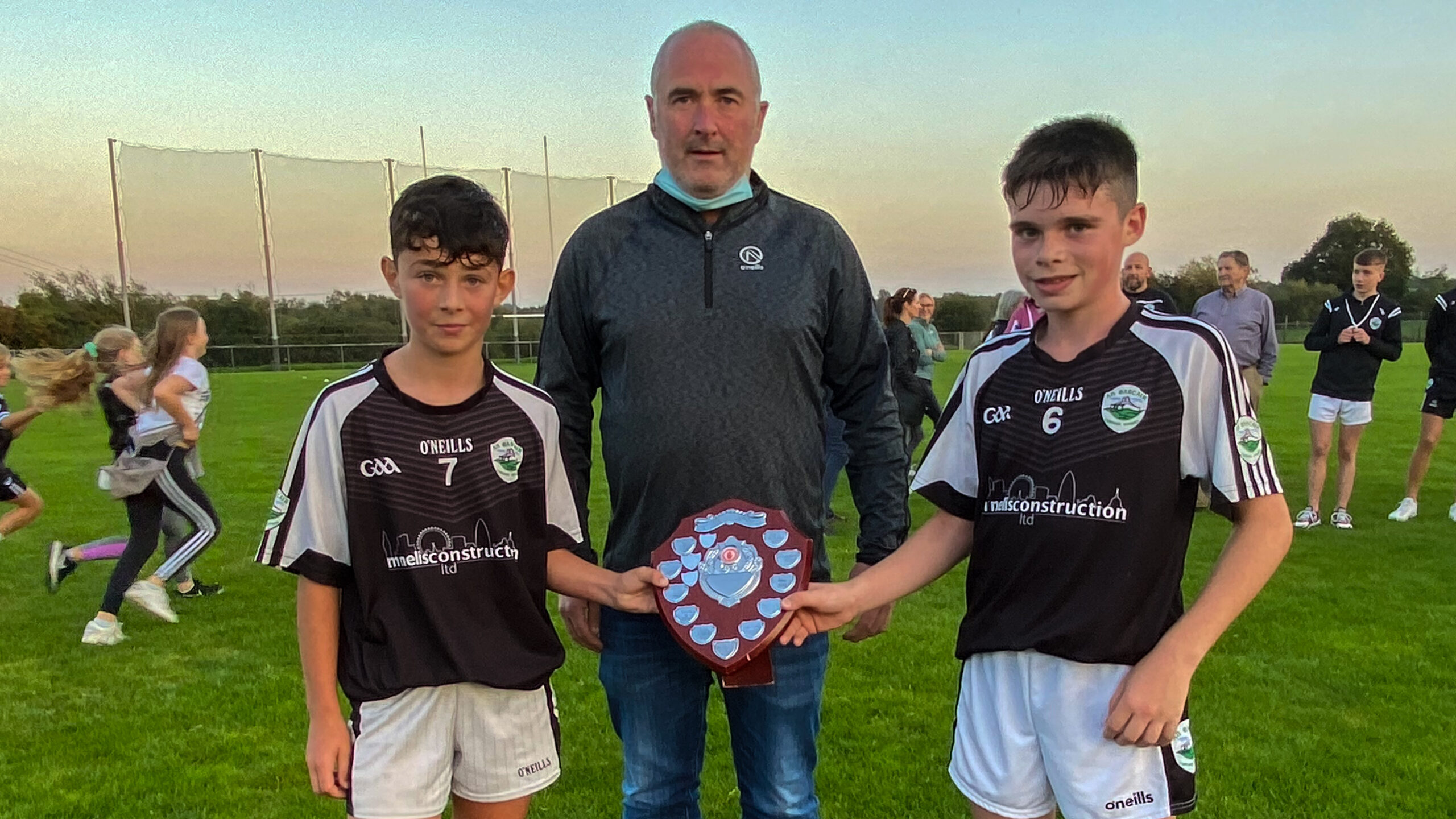 Eskra are the Grade 4 Under 13 League Champions this evening thanks to a strong second half performance played on a excellent Killyman pitch. The Emmett’s came from three points behind at the short whistle to win the game by five points over a brave and skilful Stewartstown side.

Eskra opened the scoring in the 2nd minute thanks to a point from Matthew McKenna followed by an Eoin McEvoy free a minute later. Odhran Robinson fisted over Stewarstown’s first score in the 7th minute before Conan McCullough showed great tenacity to slip home the first goal of the game. Stewartstown added another point before the water break from captain Michael Hughes.

Hughes was on the scoresheet again slotting a point in between two Dara McGarvey points for Eskra. The final score of the half came from the boot of Conan McCullough. Half Time – Eskra 0-4 Stewartstown 1-4.

The Harps made the perfect start to the second half as Michael Hughes found the back of the Eskra net move them six ahead. Eskra came to life as they tagged on points from Eoin McEvoy and Patrick McCarney. Michael Hughes kicked his second point of the contest in the 44th minute before two hammer blows for the Harps.

First Dara McGarvey turned the ball into the goal following a long ball into the box then Eoin McEvoy weaved his way through the defence before finishing calmly to the Harps net. Matthew McKenna and Dara McGarvey added to the scoreline with another two points in the third quarter just ahead of the Harps final point from Rian Biggs. Eskra crowned victory with a Cormac McGarvey goal in injury time to take a well deserved win. Both sides will meet in the Championship decider next week.