Exciting Times Ahead For Irish Handball. 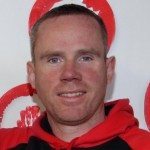 GAA Handball attended and played an integral part in what could prove to be one of the most historic International Conferences for the sport of handball worldwide last weekend and Tyrone man Chris Curran, National Handball Manager, was central to it all.

The Valencia Regional Government played host to the various International bodies, as well as some of the National Federations around the World, to look at a new International structure which would work towards bringing Handball to the Olympic Stage.

The exciting news is that there was unanimous agreement following 2 days of negotiations that a new International Federation, encompassing in excess of 33 National Federations from around the world will be set up and put forward a professional bid for Olympic Status for 2016.

In addition to all the key players who were present at the meeting, the President of the Colombian Olympic Committee, was also present throughout the weekend to advise on legal protocol and structures to secure this ultimate ambition. Part of this included discussion on handball being an exhibition sport at the World Games in Calais, Columbia, in 2013 which is a pre-requisite to getting a foot into the Olympic Games itself. Who knows in five years time we could be watching Caolan Daly or some other handball star from Tyrone competing for a gold medal in an Olympic final.

Following overall discussion, it was agreed and passed by the Colombian Olympic Committee President that Handball would be part of the World Games in Calais, Columbia, in 2013 which is indeed very exciting for the sport.