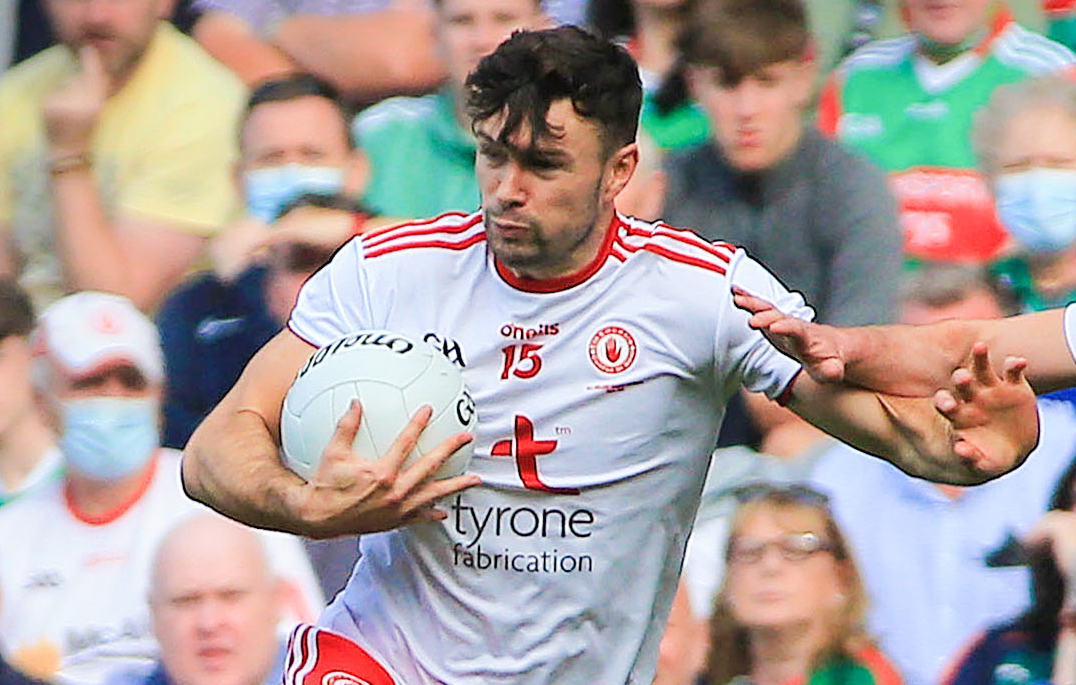 All Ireland champions Tyrone have been handed a massive boost ahead of their eagerly awaited Ulster quarter final clash with neighbours Derry this weekend with the news that Conor McKenna has been cleared to play.

The former Aussie Rules star was red carded by referee Joe McQuillan in the closing stages of their preliminary round win over Fermanagh but the proposed suspension was overturned on Monday night.

The Eglish man went to the aid of teammate Conn Kilpatrick who was on the ground after fielding a high ball and it is believed that he was citied for contributing to a melee. Joint manager Fearghal Logan is delighted that a key member of his side is now available.

“The right call has been made and we are happy with the outcome,” said Fearghal.

“When you look at the video evidence you can see that all Conor was doing was trying to ensure the safety of a teammate who was on the ground. There are checks and Balances within the GAA system to help with all of this and this wasn’t an appeal on Conor’s behalf on Monday night, it was an opportunity to hear our side of the case and what really happened. In fairness to the Central Hearings Committee, people who are all GAA volunteers as well, they got the call right.”

McKenna made a big change when introduced against Fermanagh hitting two points, setting up another couple and hitting the post with a goal chance that Liam Rafferty finished to the net from the rebound and Logan is in no doubt about how good a player he is.

“Its a big boost to have Conor available for Sunday’s game,” he said.

“From the age of fifteen he was a player who was on everyone’s lips and we knew from that age that he was a special talent. Myself and Brian had him in the U21 set up before he headed to Australia to play professional sport. It says a lot about him that he gave up probably his best years in Aussie Rules, 25-30, to come home and win an All Ireland and he achieved that.

He is certainly a big player for us and you could see the impact that he had when coming on at halftime the last day not only in the scores that he took but the energy that he gave to all of the players around him.”

There is further good news in the Red Hand camp as Peter Harte, who missed the last game after having his appendix removed, is also available for selection while the Donnelly brothers Mattie and Richie aren’t far away either.

“Peter Harte has been back in full training since the Fermanagh game and is available for selection on Sunday,” said Logan.

“Mattie and Richie Donnelly are both working away in an attempt to return from their respective injuries and we will see where they are closer to the time.”