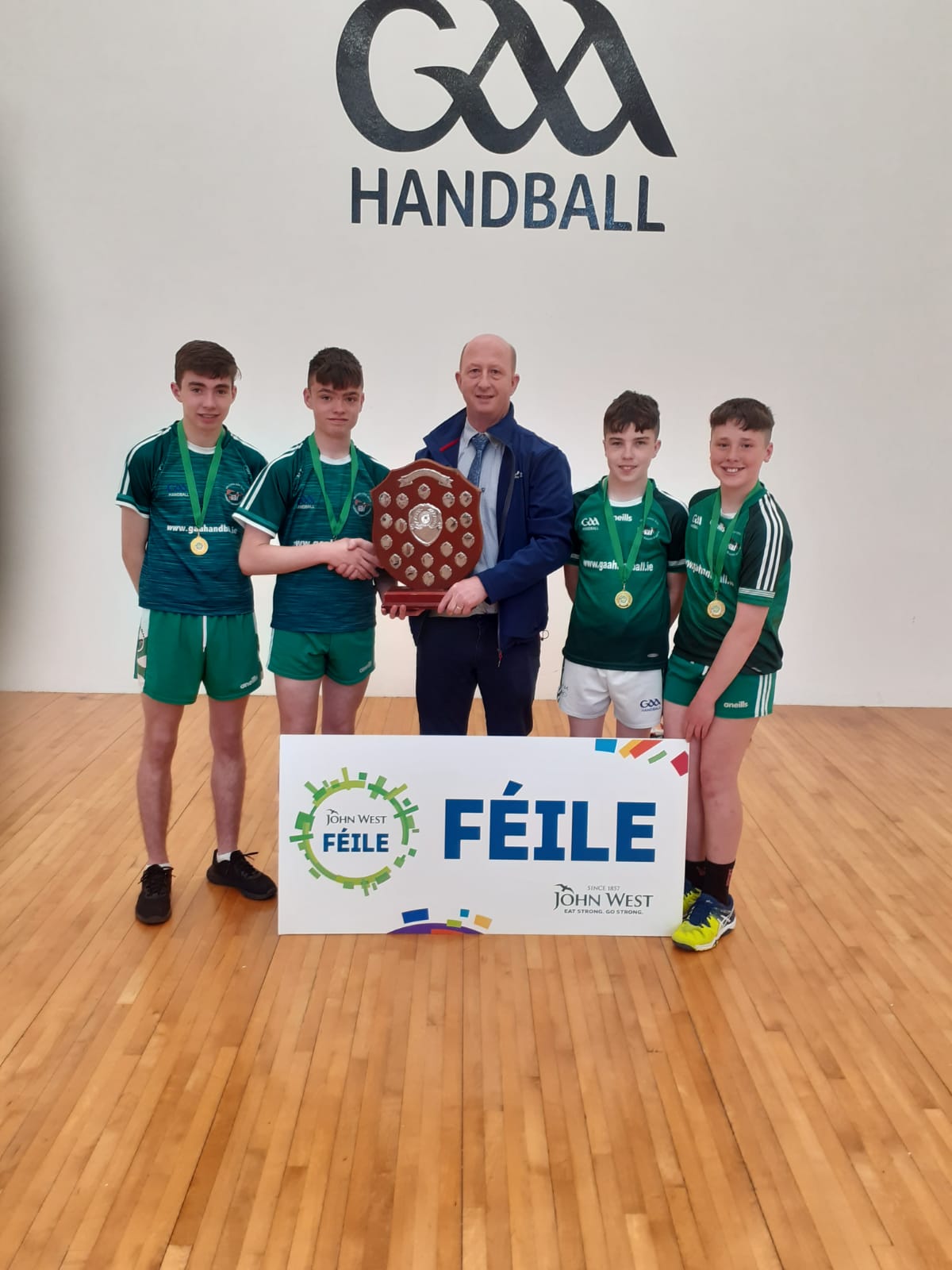 An Caisleán Glas Liathróid Láimhe have been making steady strides forward across handball in both schools and club levels since reopening in 2017.

This led to the first ever boys Feile team consisting of Shane Morris, Caolan Tracey, Tarlach Tracey and Micheàl Meenan entering the Feile Championships hosted in Windgap county Kilkenny. The format of the tournament was first to 21 points or who ever was leading at 15 minutes with one point for victory and half a point for a draw.

In the final Caolan & Shane won the first game 21-7 showing some fantastic skills and teamwork to outplay their opponents. In the second game Tarlach & Micheàl continued in the same vein winning their game 21-8, allowing An Caisleán Glas to claim the title for the first time ever. 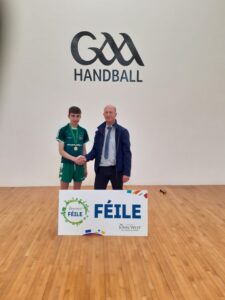 A special mention must also go to Shane Morris who also claimed the feile skills test award on the day.

A great day out and experience for all the young men involved and a special thanks to the Windgap Club who were fantastic hosts.

This journey the past 6 years has only been made possible by firstly the parents who dedicate so much time and effort to facilitating opportunities for their children through county, provincial and national events.

Secondly the selfless dedication of our coaches who volunteer their time and expertise across schools and club handball is helping our youth achieve their full potential. A special note of thanks must go to Kieran Tracey who not only organised the team and helped them train but also made the journey to Windgap to again guide the young men to victory.