Galbally Through To Ulster League Final. 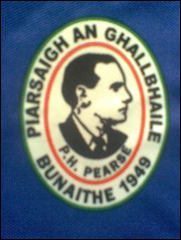 Galbally overcame a strong second half comeback from Loughmacrory today at home to qualify for this year’s Ulster Intermediate League Final. The Pearses seemed to be in total control as they led by five points at half time despite having played against a very strong breeze on a score line of 1-4 to 0-2. Loughmacrory were very poor in the first half and a missed Enda Ward penalty just about summed up a miserable afternoon for his side. However the second half saw a major transformation in the game as Loughmacrory, driven on by Pearse Gallagher, Conor Fullen and county minor Niall Donaghy poured forward and laid siege on the Galbally goal. A Ryan Keenan major with ten minutes remaining reduced the gap to two points and Loughmacrory dominated the closing stages. The introduction of Micky Murphy late in the game afforded Galbally some temporary relief but they looked a tired side when referee Martin Mc Erlain blew the final whistle. Final score Galbally 1-7, Loughmacrory 1-6. 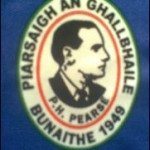