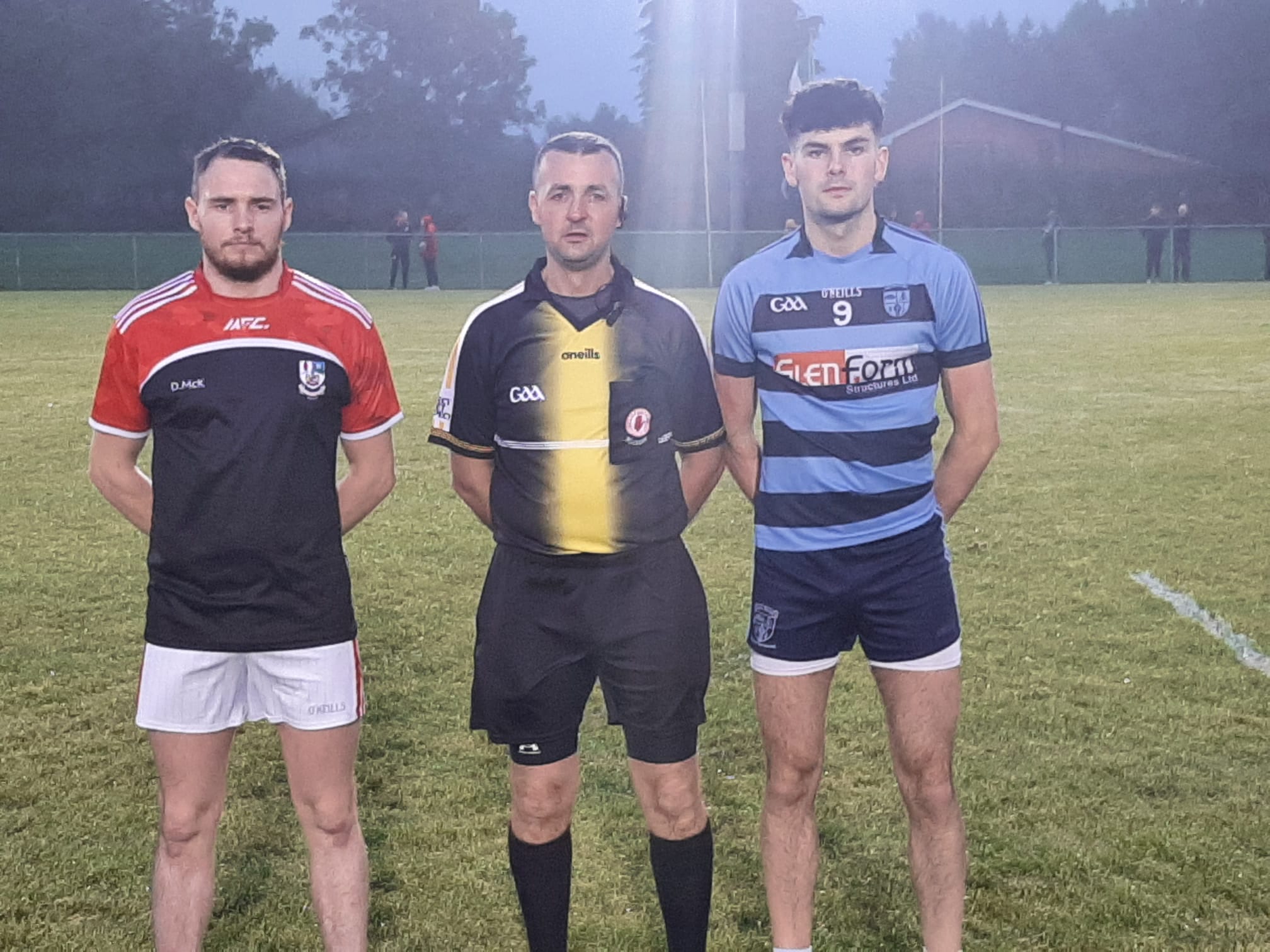 A fast start that saw Glenelly find the net twice inside the first two minutes paved the way for the north Tyrone side to see off the challenge of a shell shocked Brackaville outfit in Friday night’s LCC Junior Championship. Glenelly were quick out of the blocks with goals from Aodhan Mc Connell and Rory Kennedy inside the first two minutes giving their side the perfect start.

From the second minute on Glenelly dictated the pace of the game and were never seriously threatened by their opponents. Points from Eamon Mc Connell, Seamus Harkin and Kevin Mc Connell helped them reach the closing seconds of the first half leading comfortably while all Brackaville could muster was a single point from the boot of Ronan Mc Hugh.

Any chance of a second half comeback disappeared when Seamus Harkin bagged his side’s third goal just before the break to leave the half time score 3-5 to 0-1 in favour of Glenelly.

The scoring rate slowed considerably after the break but Glenelly did continue to play some entertaining and expansive football. Harkin, Kennedy, E Mc Connell and team captain Kennedy converted some of the many chances created by Dermot Corry’s side. To their credit Brackaville continued to battle and added further scores from Dale Mc Sorley and Ronan Mc Hugh to give the score line an air of respectability.