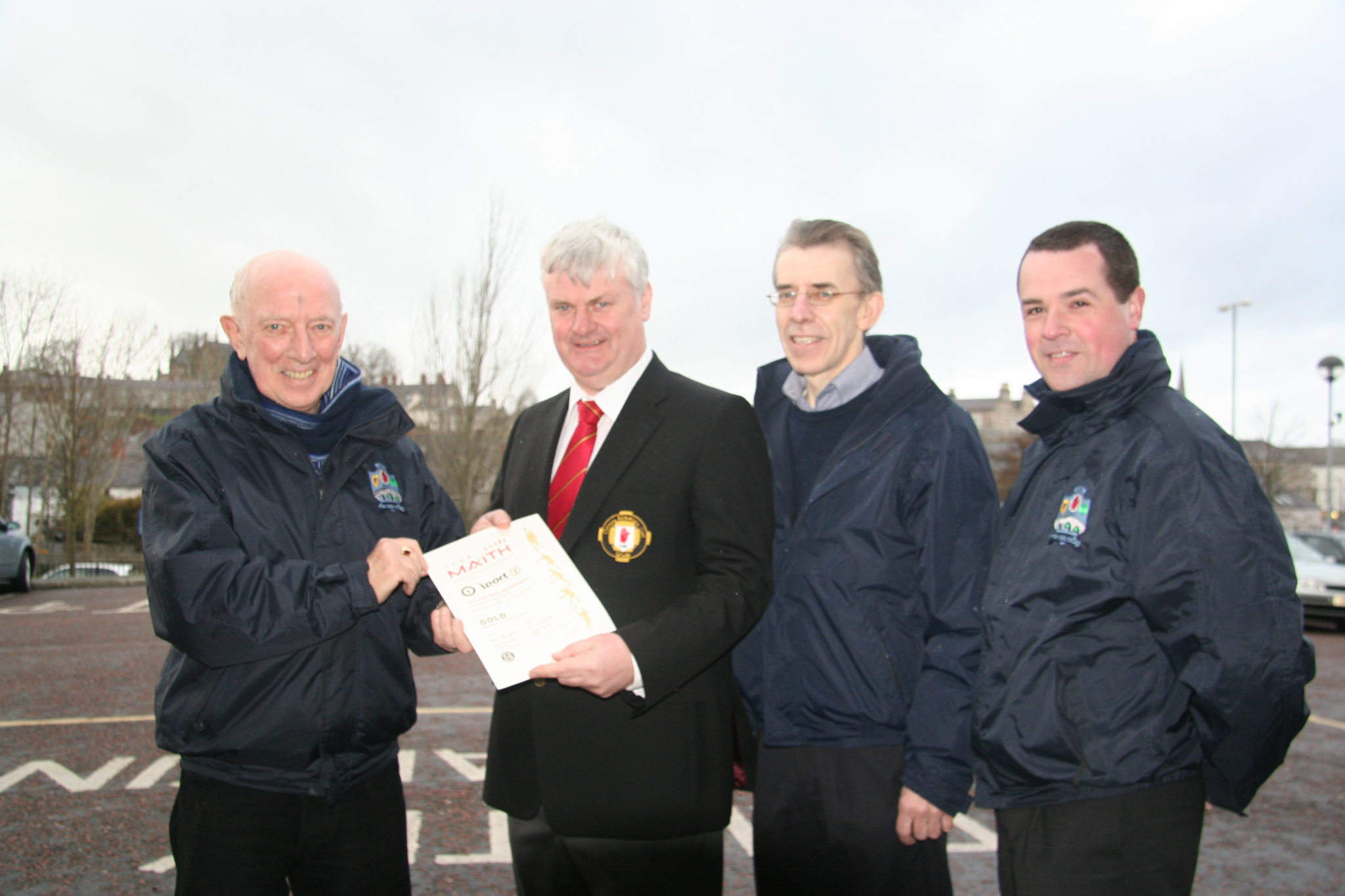 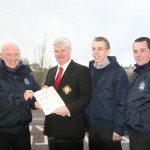 The members of An Mhaigh Tír na nÓg G.A.C. have good reason to rejoice after being honoured with a Club Maith Gold Award.  At a specially convened meeting in the Armagh City Hotel recently, club representatives were officially presented with their certificate from Ulster GAA Council President Aogan Ó Fearghail.

Club Maith is a club accreditation scheme which is unique to the GAA.  It allows clubs to be benchmarked against best practice standards across the full range of GAA club activity.  A Club Maith award makes a clear, proven statement about the quality of a club right across the board.

Among those who helped secure this prestigious award for An Mhaigh Tír na nÓg G.A.C. was their Development Officer, Francie McQuade, who said: “After endless hours of preparation, planning and hard work, we are delighted to have received the gold award certificate from the Ulster Council. This is a great honour for our club. An Mhaigh G.A.C. is in good stead right now and we have structures in place that will keep us moving in the right direction for many years to come, both on and off the field of play.”