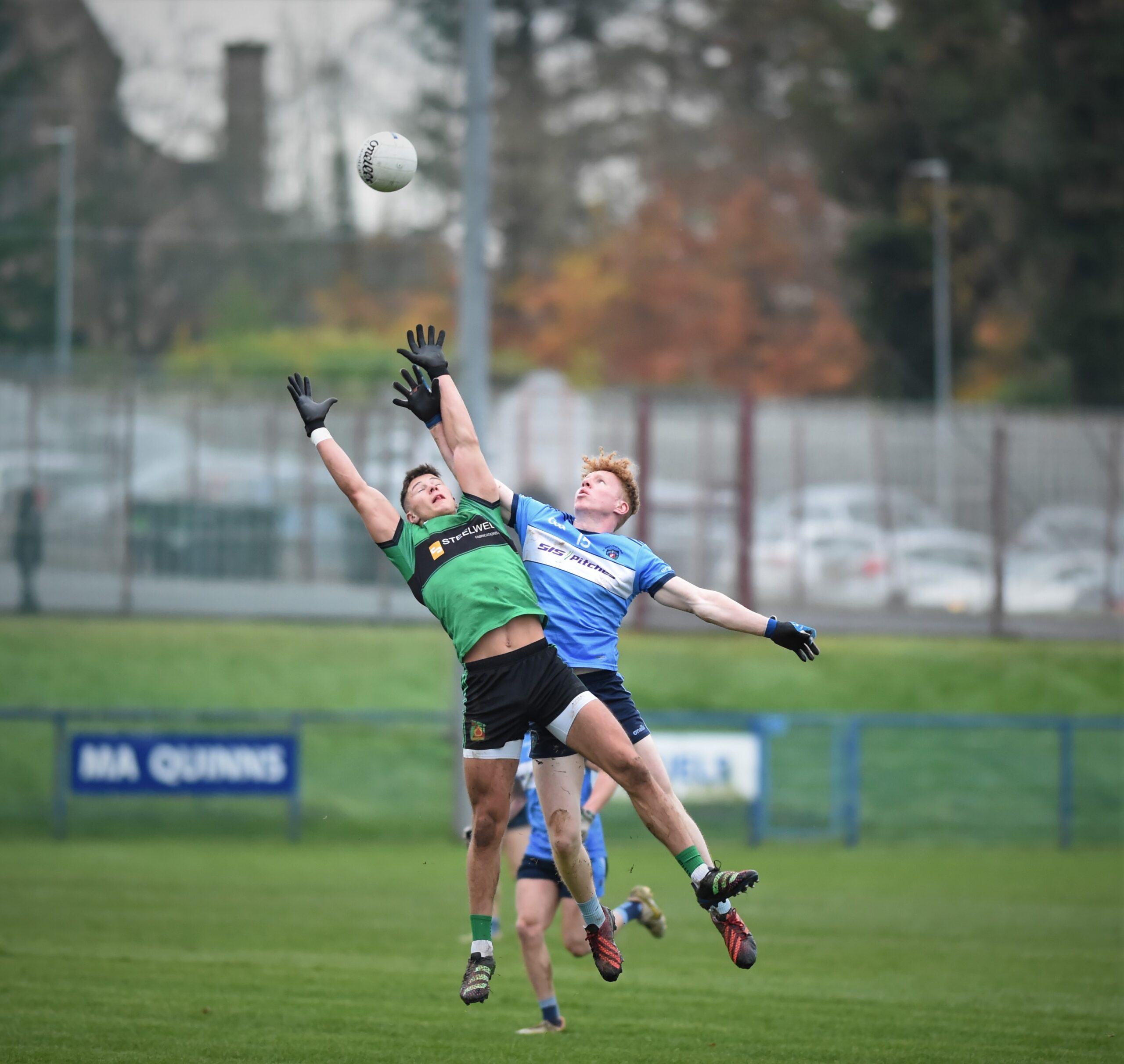 This was a repeat of last season’s MacRory Cup Final but this time the result was different as Holy Trinity collected their first points of the campaign with a deserved triumph over St.Mary’s Magherafelt at Paddy Cullen Park.

The holders were the better side in the first half but they still only led 0-7 to 0-3 at the break having seen three good goal chances go abegging. They opened the scoring in the first attack via Niall O’Donnell and while Jack Martin equalised from a free it was the holders who made all the early running. Midfielder Conall Higgins clipped over a couple of points while the impressive right half back James Sargent scored three times as they moved five clear. Holy Trinity were just about hanging on but late frees from Martin and Michael McElhatton gave them something to play for in the second half.

Niall O’Donnell and Jack Martin swapped early points before Magherafelt took a stranglehold on proceedings. Conall Higgins hit a brace with attacking half back James Sargent registering three times.  The Derry lads could well have been out of sight as they spurned three good goal chances. Late frees from Martin and Michael McElhatton left it 0-7 to 0-3 at the interval before the game was turned on its head.

Within five minutes of the restart the deficit had been reduced to the minimum thanks to points from Shea McCann, Liam Lawn and Ryan Quinn. In the 7th minute of the half Sargent scored a superb goal for the Derry lads to leave Holy Trinity with a mountain to climb again. They knuckled down to the task in hand though and a point from Hugh J Cunningham was followed by a Quinn goal to leave it all square.

McCann and Luke Burns exchanged points but the momentum was now with Holy Trinity and they restricted their opponents to just another score. Cormac Devlin and Martin had points before Lawn went past a couple of challenges before cutting in from the right wing to find the net. The same player tagged on a point and while St.Mary’s had the final say through Conhuir Johnston they slipped to their first defeat.