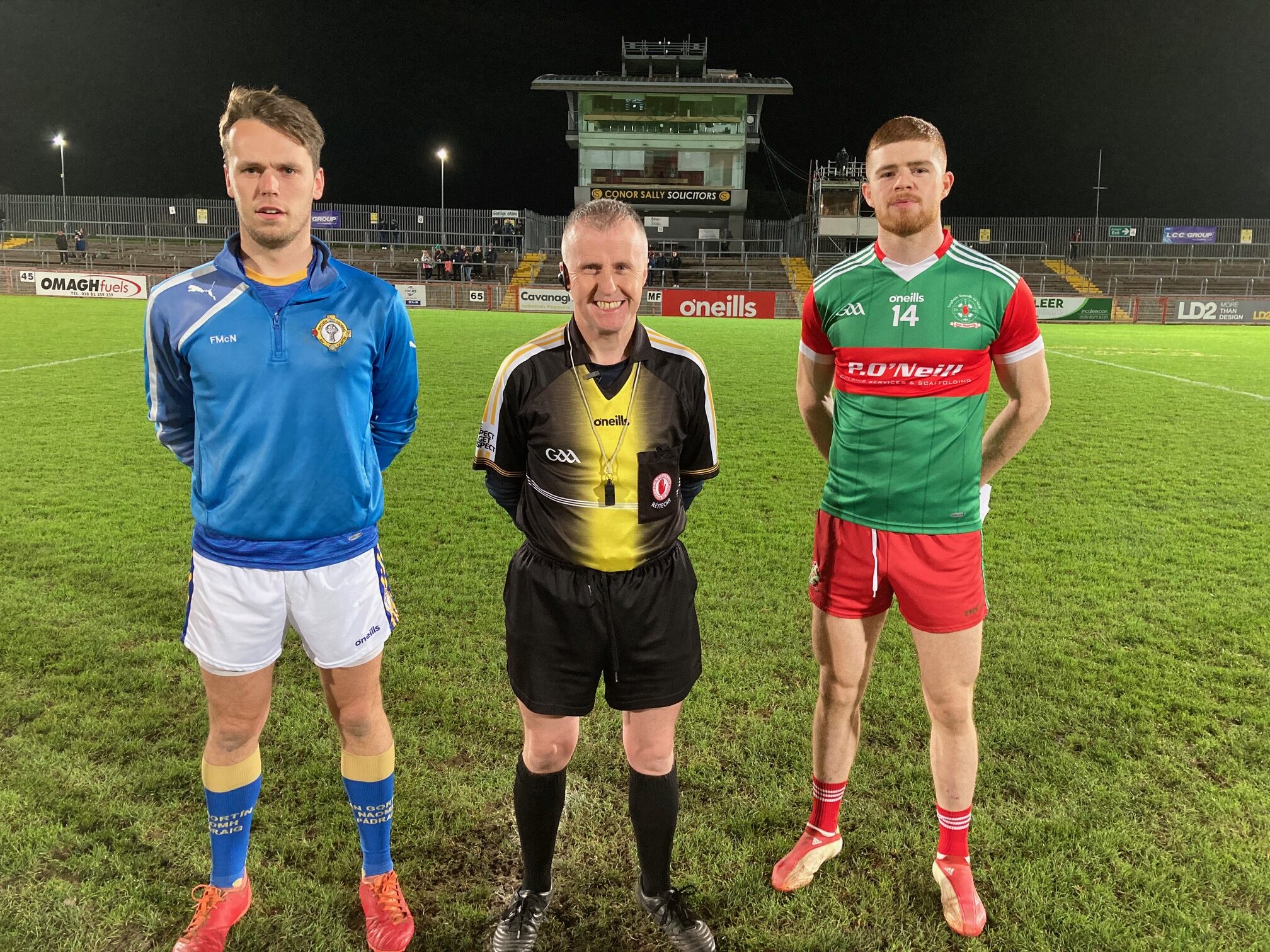 Saturday night’s rearranged LCC Intermediate Championship semi final between Gortin and Owen Roes produced a truly memorable game between two well matched sides which required extra time followed by penalties before a winner emerged. Owen Roes came out on top in the penalties winning 4-1 and making it through to the Intermediate Championship final where they will meet Moortown.

The Roes began like a team in a hurry hitting the net within ten seconds after Cathal Mc Shane set up Peter Kirk for the opening score. Sean Óg Mc Aleer replied for Gortin   but scores from Cathal Mc Shane, Tony Devine and Damian Mc Crossan helped send Owen Roes off at the break ending by four. Peter Keenan, Ciaran Brolly and Brian Mc Garvey landed points to keep their team in the game.

Gortin lost Sean Óg Mc Aleer to injury in the first half but the introduction of Ruairi Keenan gave his team the lift they needed. Points from Sean Mc Kenna, Ruairi Keenan and Peter Keenan gave Gortin hope and by the fifty first minute the game was level.

The outstanding Peter Keenan put Gortin ahead but in a low scoring first period points from Seamus Dooher and Cathal Mc Shane had Owen Roes in front at half time in extra time. The second half mirrored the first with only three points scored but scores from Ciaran Brolly and Brian Mc Garvey ensured penalties would be required.

Unfortunately for Gortin their opponents were flawless from the penalty spot and went through to the final on a score line of four penalties to one.