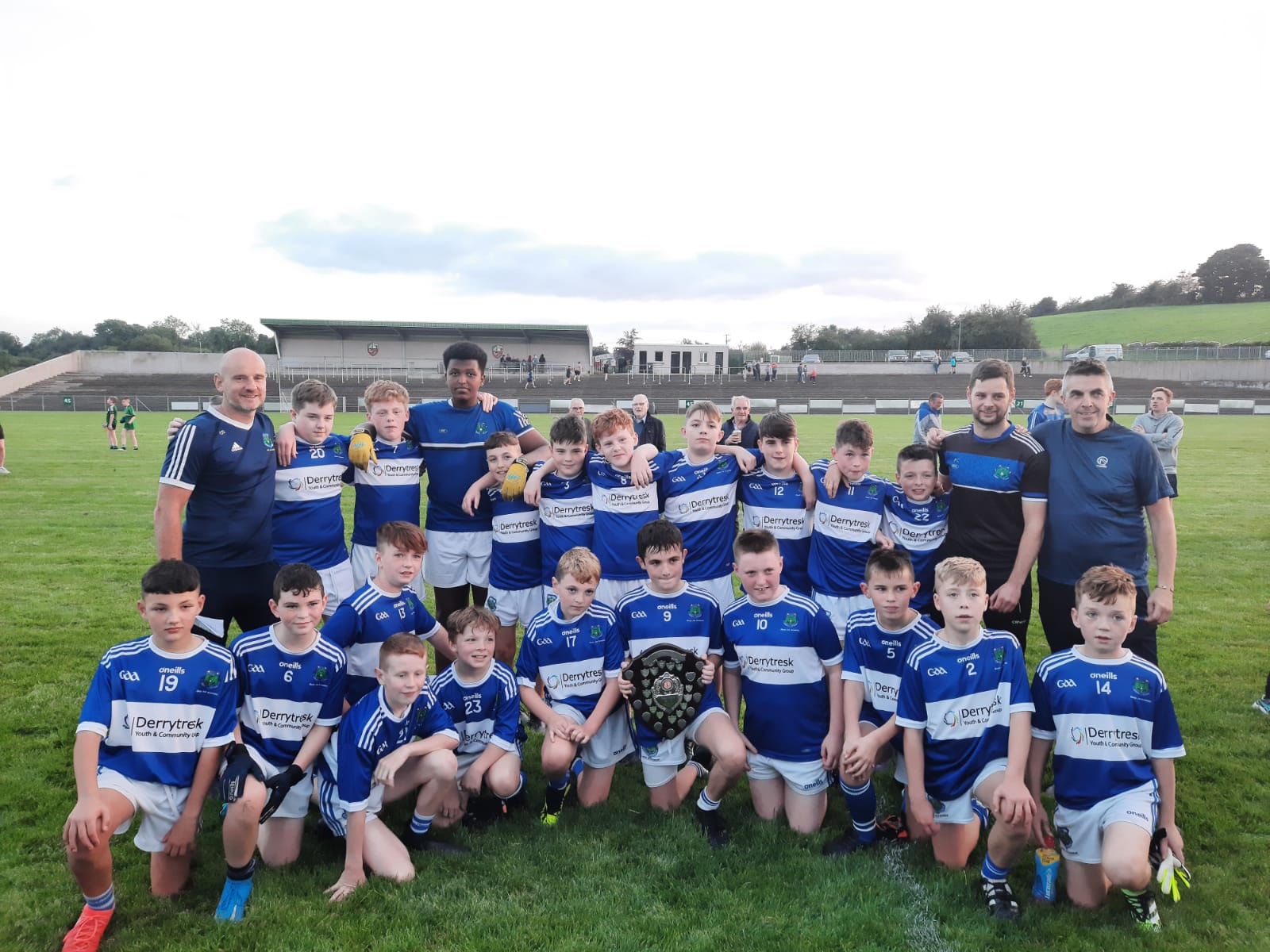 Derrytresk annexed the grade 3 U13 League title when they overcame the determined challenge of Rock in a high scoring encounter at Killeeshil on Wednesday evening.

Derrytresk made a good start to the game when a sweeping move ended with Shea O’Hanlon firing to the bottom left hand corner of the net in the 4th minute. Within sixty seconds though Rock were level courtesy of a Caolan Quinn major and by the 10th minute a trio of Ryan McElduff points had them ahead. Derrytresk’s next two scores also proved to be goals as Corbin O’Neill and Paul O’Brien both found the net before the former got their first point of the night in the 21st minute.

Rock though dominated the closing stages of the opening period as they put the Derrytresk defence under pressure. Ronan Loughran, Fionn Daly and Callum Hughes all kicked points before Odhran Carroll blasted to the net via the underside of the crossbar. A strong run from McElduff saw him split the posts again and that enabled Rock to lead 2-7 to 3-2 at half time.

In the opening attack of the second half Quinn won a penalty which Carroll converted and Rock seemed to be in control. Derrytresk though had other ideas as Cathair Campbell and Matthew Mulgrew both notched quick fire goals. McElduff weighed in with another brace of points but either side of those scores Derrytresk established a match winning lead.

Campbell fired to the roof of the net and points from O’Neill, Mulgrew and Campbell were followed by a Mulgrew goal. Derrytresk now had the bit between their teeth and a successful Mulgrew penalty was followed by another goal this time from O’Neill. McElduff and Hughes had late points for Rock but it was Derrytresk who took the silverware.