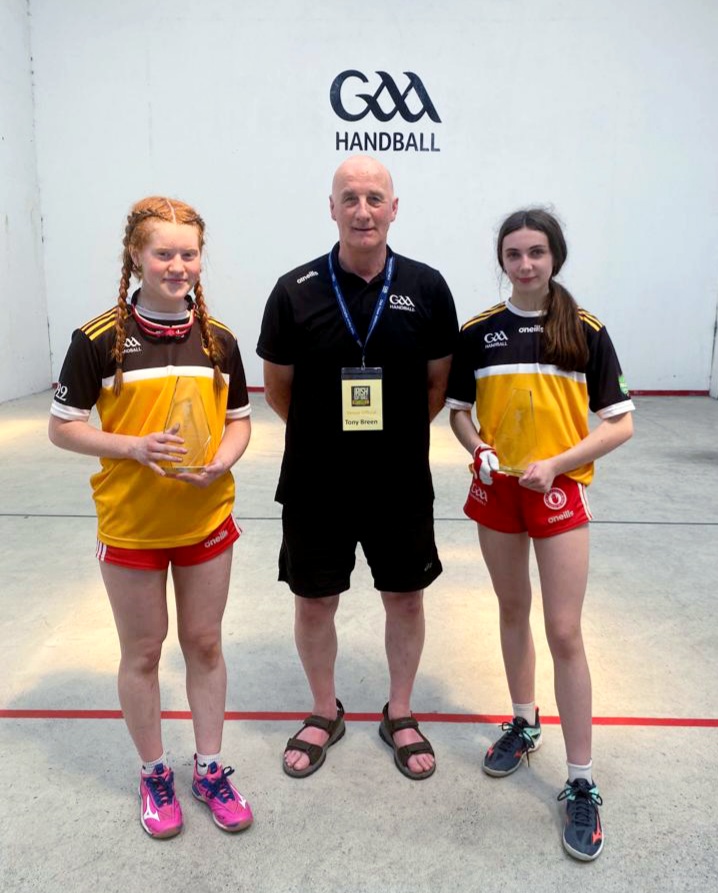 Tyrone girls Laura Duff and Lucy McCullagh produced some stylish and clinical handball in Wexford at the weekend to capture the Irish 60×30 nationals title in the 15 and under girls section.
The Loughmacrory duo were regarded as underdogs to come through a small but select field and they rose to the challenge brilliantly to capture the honours in style, bringing a rare trophy back to Tyrone from the softball nationals event. 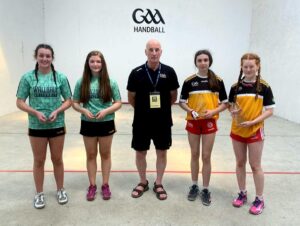 Their semi final win over the Laois/Kilkenny pairing of Orla Brophy and Niamh Drennan, the number two seeds, was secured on a scoreline of 15-3, 15-13, and it clinched their place in the title decider against the number one seeds, Kilkenny’s Holly Byrne and Katie Jordan.
Laura and Lucy had familiarised themselves with the court in Templeudigan during their semi final tie and needed to raise their performance level significantly to secure the title.
Holly and Katie were deserved favourites but Laura and Lucy were ready for everything that was thrown at them and battled really hard to edge home in a closely contested opening game.
The Lough girls performed with great skill and character to prevail on a scoreline of 15-13 and they really grew in confidence after winning the opener.
In the second game they delivered a stunning display, laced with brilliant serves, ruthless fly shots and sweet sidearm finishes, as they sealed a fabulous victory on a 15-3 scoreline.
The result in Templeudigan continues a brilliant year for the Lough girls who will be looking forward now to the 60×30 championships later in the summer. 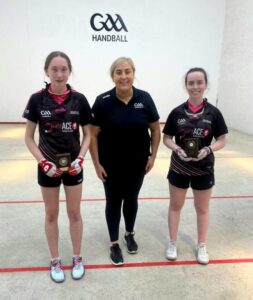 For Laura Duff, this was her fourth major national title of 2022, and it was a third for Lucy McCullagh as she began her 60×30 juvenile career in impressive fashion.
The girls 15 and under title was the only one to come to Ulster in an event which had over 200 competitors and was dominated by the Leinster and Munster counties.
To complete a great day for Tyrone in the girls 15 and under grade, Greencastle’s Caislin Treacy enjoyed a superb win in the plate final as she partnered Cork’s young star Carmel Kelleher to victory.
Caislin is a very talented 40×20 player and has played very little 60×30 handball in her short career but she produced some great displays in Wexford and showed that she can compete at the top level in this code.
Caislin will be joining Laura and Lucy in the ‘big alley’ championships and it means that Tyrone will have a strong girls team to take on the strongholds of 60×30 handball from Leinster and Munster in the weeks ahead.