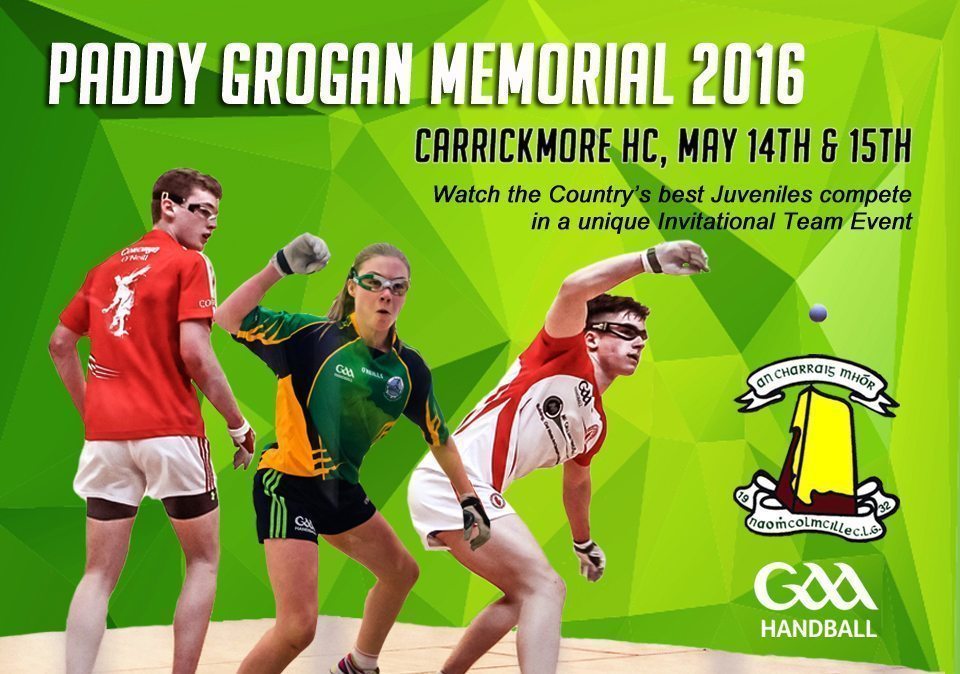 This weekend sees the top juvenile Handballers in the country descend on Carrickmore HC to take part in the 4th Paddy Grogan Memorial.

The invitational tournament follows a unique format that takes the talented young players out of their comfort zone, playing as a Team of 4, on an aggregate scoring basis.

The U14 category is particularly competitive and includes U14 All-Ireland Champion Kyle Dunne, 13&U Irish Nationals Champion Josh Kavanagh, and World 13&U Champion Eoghan McGinnity. Also thrown into the mix are Billy Drennan & Jack Doyle (Kilkenny) and Cahir Munroe (Tyrone), which makes this grade one to watch over the course of the weekend.

The Girls U16 is also hugely competitive with Irish Nationals 15&U Champion Leah Doyle and World 13&U Champion Niamh Heffernan some of the top names, alongside Mollie Dagg (Kildare), Bridin Dinane (Clare), Caitlin Conway (Tyrone) and Ciara Mullan (Tyrone).

The Boys U16 grade will be headlined by current All-Ireland U16 Doubles Champions Lorcan McBride & Cormac Munroe, from the host club Carrickmore.  They will be challenged by U15 All-Ireland winner Mark Rodgers (Clare), Cian O’Driscoll (Cork), Ciaran Cooney (Kilkenny) & Eoin Brennan (Kilkenny).

Action kicks off from 11am on Saturday morning & 10am on Sunday morning for the SF’s. Entry is free all weekend and the club extends an open invitation to all willing spectators to come along and watch some high class action.