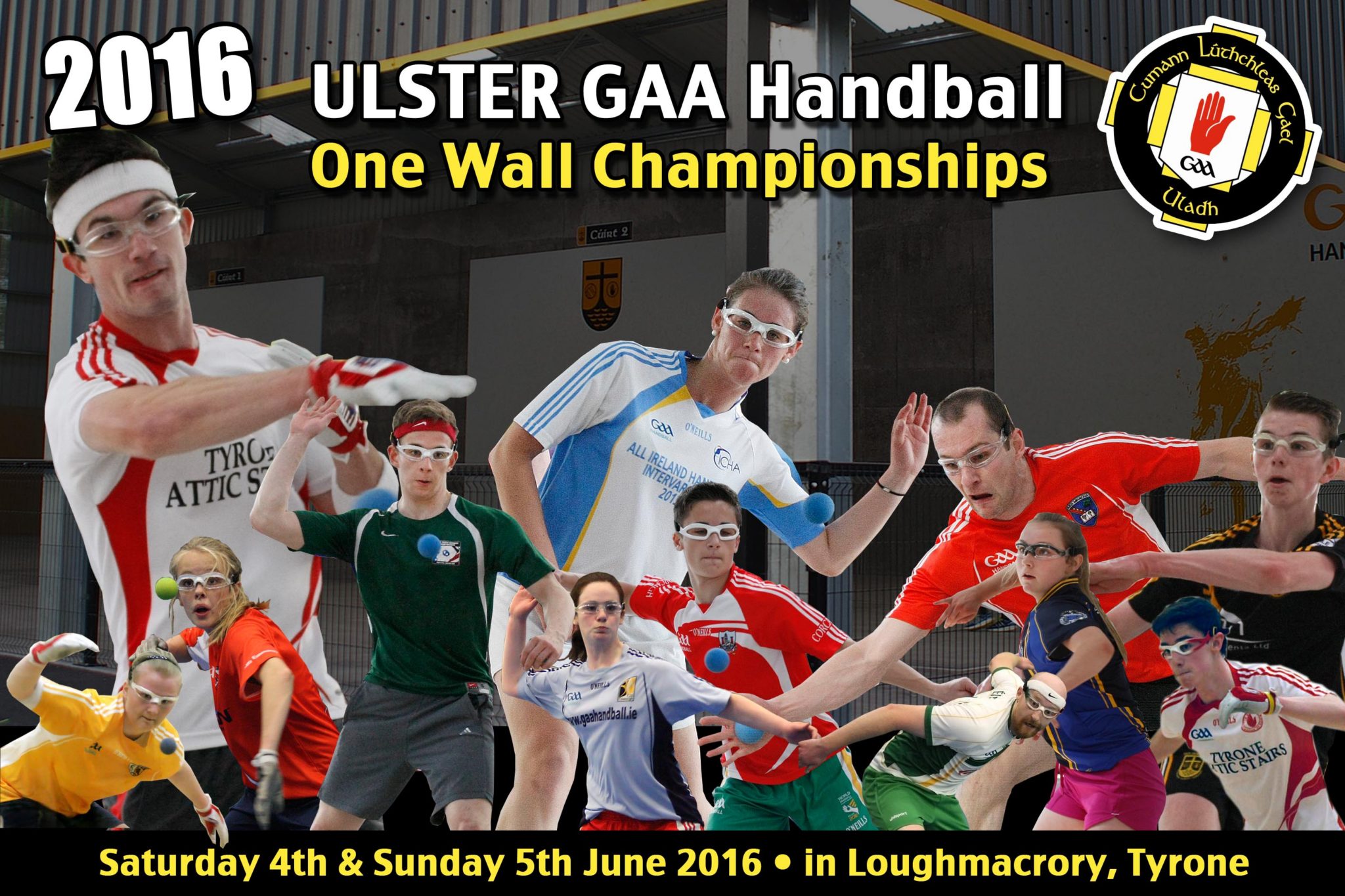 The 2016 Ulster GAA Wallball (One Wall Handball) Championships will go ahead in Loughmacrory on the first weekend of June, commencing at 11.30am on Saturday 4th and culminating with the provincial finals at the One Wall Arena on Sunday 5th.

There again looks to be a top class series of ties on the agenda in the mid Tyrone venue and with a heatwave being predicted for the country this coming weekend, it should hopefully be a weekend of action to savour too.

Twelve months ago it was Tyrone GAA Handball star, Conor McElduff, who maintained his highly impressive unbeaten run in the code in Ireland as he added the Ulster crown to his back to back Mens Irish Nationals Open title as Down’s Lorraine Havern claimed the Ladies Open honours in 2015 also.

There is a solid look again to all the grades with the Champions, where relevant in 2015 grades, going in as number 1 seeds for the upcoming series.

Also on Saturday evening, following all matches in the 2016 Ulster GAA handball one wall championships day one, there will be a presentation to all of Tyrone GAA Handball’s All Ireland 40×20 Championship finalists in 2016 of their new-look Tyrone GAA Handball half-zip tops. This will take place in the Clubrooms at 6.30pm.

All players and spectators are invited to come along a bit earlier on Sunday 5th June as Loughmacrory GAA Handball will begin the launch of “150 Years of Handball in Loughmacrory” at a Coffee Morning event. 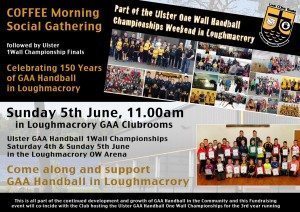 The club are sending Boys & Girls teams to this year’s Féile na nGael Event in Tipperary and will be hosting the Coffee Morning where there will be a host of refreshments on offer. The Club will be launching a Book later this year to co-incide with the 50th “Golden” Anniversary since the first official Committee was formed in Loughmacrory and will have details on the build-up to what promises to be a very special 3rd Annual “Lough Wallball Showdown” Tournament from 12th-14th August, an event which has seen 232 and 251 players compete respectively at the initial two events.

All matches in all grades will comprise 1 x 25 Ace game with 2 serves (ie. two faults hand-out) and 2 time-outs per game/match.