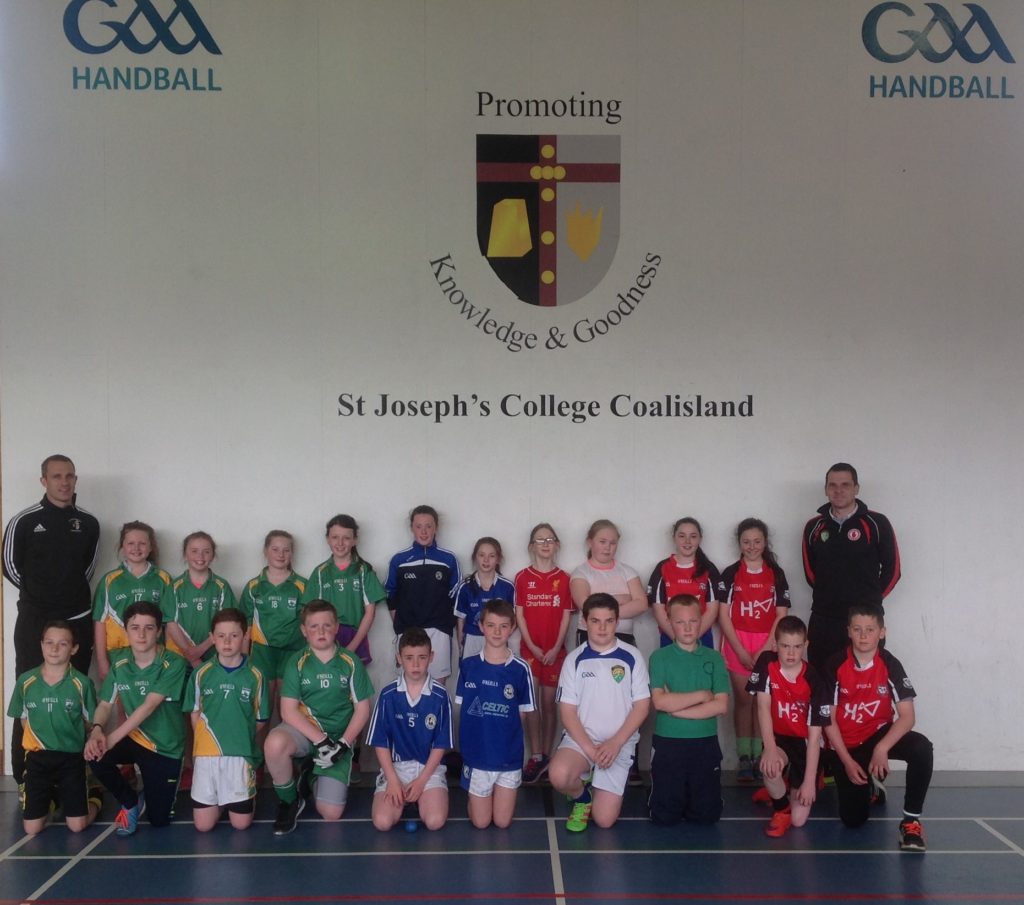 As was the case last year,  St. Joseph’s College, Coalisland and St. Ciaran’s College, Ballygawley acted as wonderful host venues over the past two days.

Both St. Joseph’s and St. Ciaran’s launched their One Wall courts in 2010 and considering that the two Colleges now have 9 One-Wall Handball courts between them, the continued growth and popularity of one wall handball in our schools is rapidly expanding.

Many thanks to the host schools with Mrs. Rose-Mary Nelis​ and Mr. Richard Thornton in St. Joseph’s College, Coalisland​ and Mrs. Maria Curran​ and Mr. Martin McElkennon in St. Ciaran’s College. We also thank the Year 13 students from both schools who expertly refereed the games. We acknowledge the assistance from Handball Ireland NDO, Darragh Daly, for his invaluable work in promoting Handball in our schools.

Finally, well done to our pupils and teachers for their continued support of our national games. Go raibh maith agaibh go léir