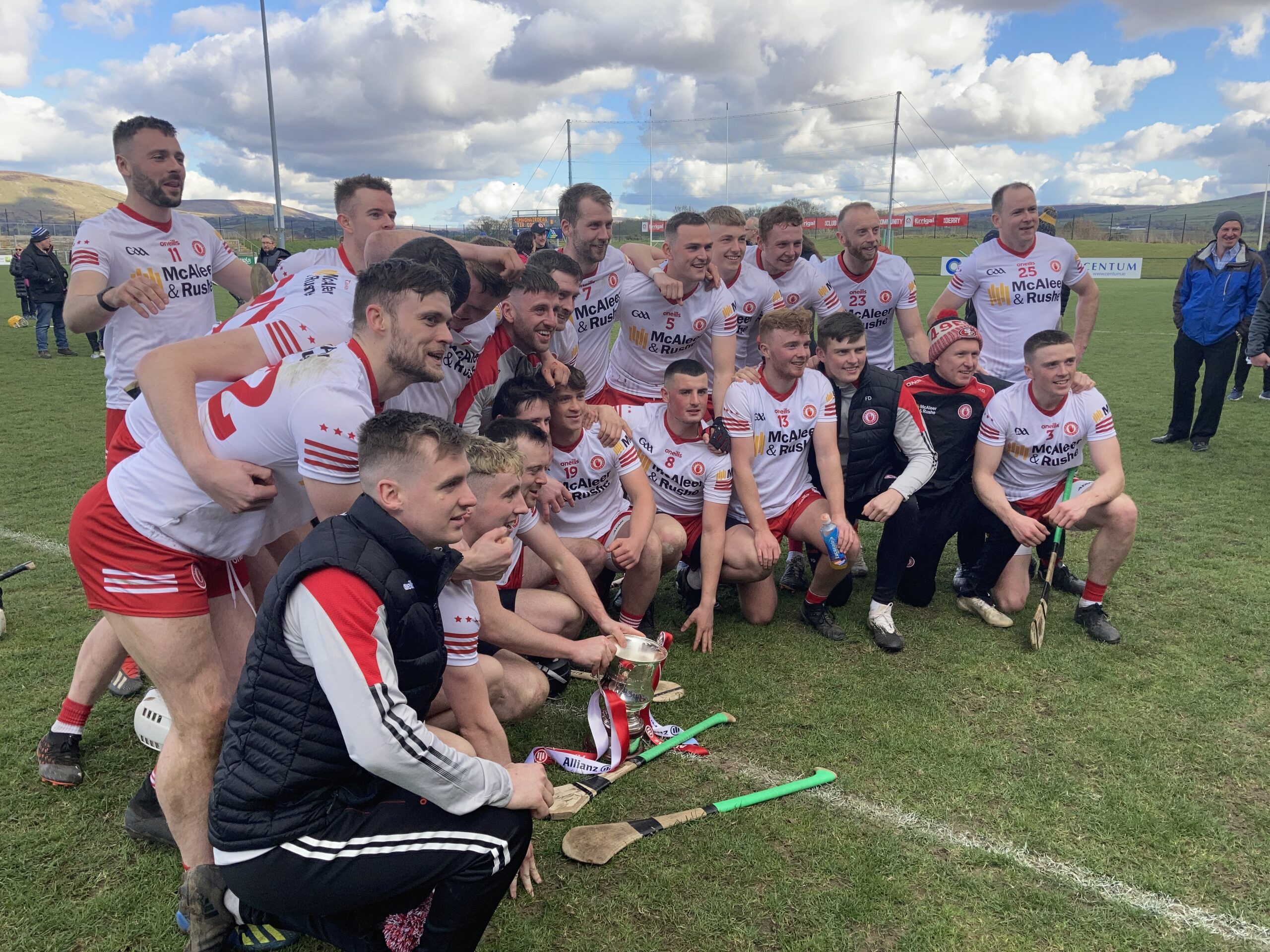 Tyrone travelled across to Warwickshire on Sunday for their Nicky Rackard Cup clash with the local side and came away with a very convincing 7-18 to 2-11 win. Early goals from Tiarnan Murphy and Ruairi Slane added to points from Damian Casey and CJ Mc Gourty helped put Tyrone 2-2 to 0-3 ahead. Richard Murray and John Collins (2) with the home side’s opening scores.

Michael Holland pointed to reduce the deficit but Murphy hit the net for his second goal to leave it 3-2 to 0-4 in favour of Michael Mc Shane’s side. Warwickshire added points from Jack Grealish and Oisin Coffey but a penalty save by Conor Mc Elhatton prevented the exiles from getting too close.

A Bryan Mc Gurk point and Ruairi Slane’s second goal eased Tyrone further in front and another Tiarnan Murphy point made it 4-5 to 0-7 to Tyrone with twenty eight minutes of the first half played. Mc Gourty and Collins swapped points before Mc Gourty hit the net with a fine strike to send the teams off at the break with Tyrone leading 5-6 to 0-8.

The teams swapped early second half points courtesy of Casey and Collins and moments later they traded goals as Casey and Luke Hands converted chances to leave it 6-8 to 1-9 in favour of Tyrone. Hands bagged a second exiles goal and the home side also added points from Collins and Kelvin McGee but Tyrone responded well with points from Casey, Mc Gourty and Murphy.

Casey, Chris Kearns, Mc Gourty and Mc Gurk all added further points before Rory Weir burst through to add the final goal and leave the final score 7-18 to 2-11 in favour of the Red Hands.