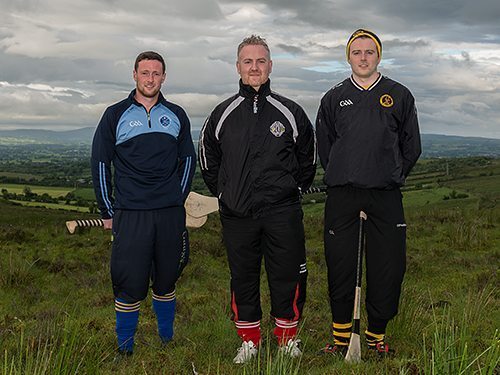 The hills above Omagh were the perfect setting for the Tyrone Poc Fada on Wednesday with a quality entry participating in four competitions in good weather but with difficult underfoot conditions.
The Lands at Pigeon Top secured for the Poc Fada by the Tyrone hurling development committee under the leadership of Peter Kerr from local man Gerald O’Kane provided a tough course for the competitors although they all produced some super strikes giving the big crowd plenty to savour. 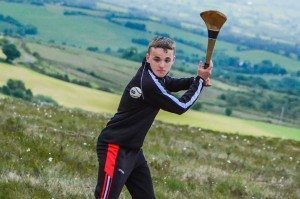 In the Under 16 Camogie contest Sian Fitzgerald, Emer Colton and Emma Donnelly were in action with Derrylaughan camog Donnelly sealing the win. Omagh’s Jordan O’Rielly was the winner of the boys under 16 crown with a fine display holding off Ben Gormley from Eoghain Rua, the younger competitors enjoying the occasion over the scenic venue. 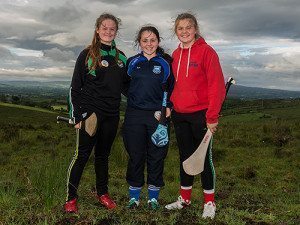 All eyes were on the adult competition with three clubs represented in both codes. The senior camogie title went the way of Ciara Donnelly from the Eglish club who got off to a good start. Indeed that strong start over the hardest part of the course was enough in the end to see off Orla Donnelly and Cliodha Colton.
Three strong competitors took to the mountain for the senior hurling competition. Sadly there was no Dungannon or Naomh Colmcille men on the start line but that failed to dampen the enthusiasm of those tackling the course.

Aiden O’Neill from Cappagh led early on but Omagh’s Ryan Woods and Eire Og’s Conor Grogan were always close and by the final stretch it was all level with Grogan eventually edging the title by a shot.
Grogan, O’Rielly  and the Donnelly girls will return to a slightly amended course on Tuesday night as they carry the hopes of Tyrone into the Ulster Poc Fada. Once again the Drumragh Sarsfields clubrooms at Clanabogan will be the base for the competition.