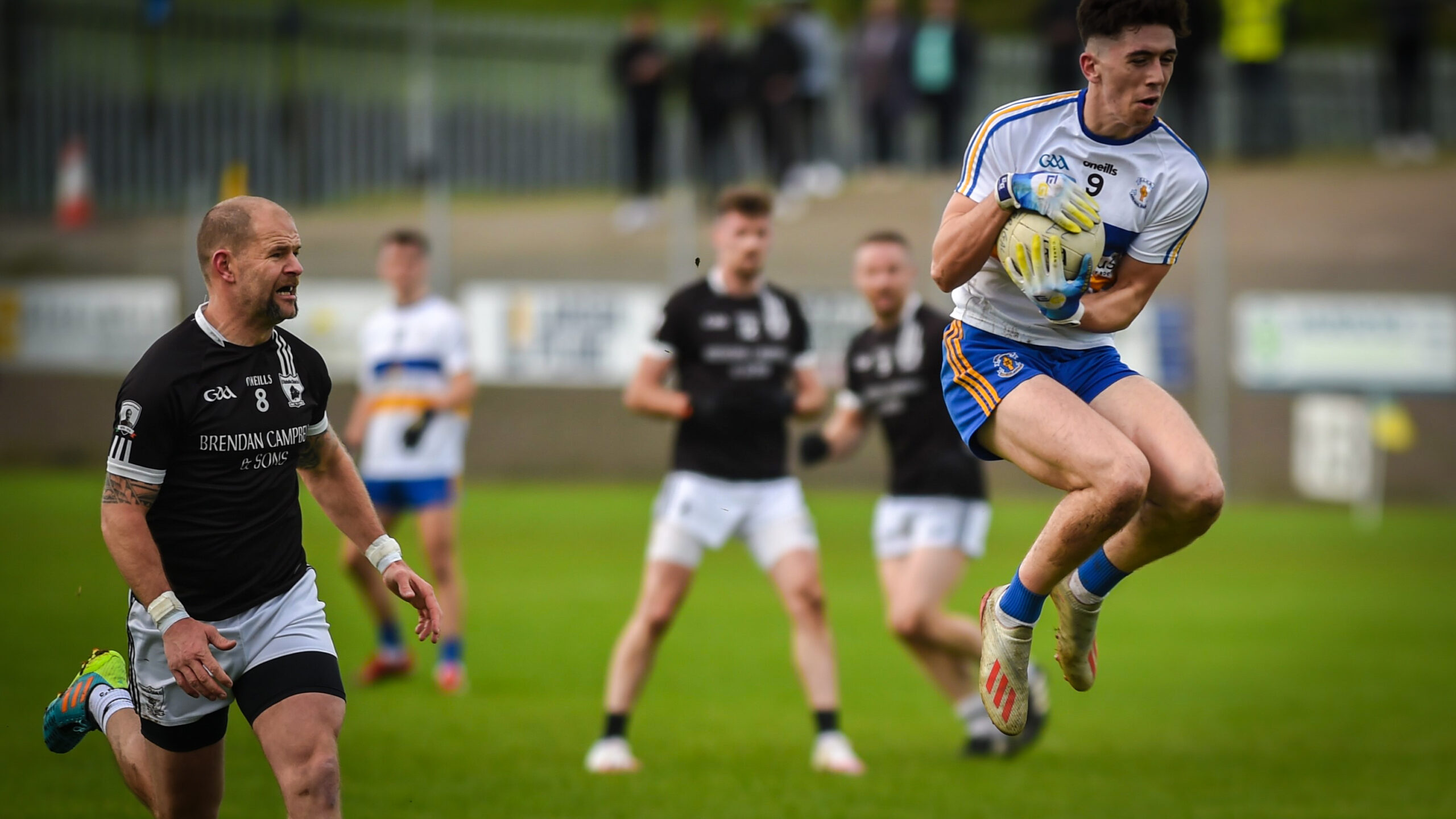 Errigal Ciaran produced an outstanding display at Edendork on Sunday afternoon to ease their way past Clonoe and set up a quarter final meeting with Loughmacrory. The Dunmoyle based men were impressive from the first whistle to the last laying the foundations for their victory in the first half as they established a five point advantage despite playing against the wind. Darragh Canavan could well have had a goal after only twenty seconds but took a point before defender Cormac Quinn doubled their advantage.

Clonoe keeper Mickey O’Neill then made the first of three brilliant saves in the opening half before a Connor McAliskey free opened the Rahillys account. In the 6th minute the winners got their goal when Canavan reacted quickest to first time the ball to the net and in the next attack he cut in from the left wing leaving two defenders in his wake to clip over. McAliskey and Canavan traded points as did Patrick Doris and Tommy Canavan before McAliskey landed an outstanding score from a side line ball on the left wing.

Errigal Ciaran though tagged on points from Ciaran McGinley, Peter Og McCartan and Cathal Corrigan either side of Clonoe efforts from Daryl Magee and McAliskey. Just before halftime keeper O’Neill made an unreal save to deny Odhran Robinson’s palmed effort after great work from Darragh Canavan.Ruairi Canavan entered the fray at halftime for his senior championship debut and he made an instant impact with a great free conversion from out on the left wing.

Corrigan, Ben McDonnell (2), Quinn and Darragh Canavan all scored to effectively end the game as a contest. McAliskey knocked over a free while PJ Lavery had a goal chance which was saved by Darragh McAnenly.After the water break Ruairi Canavan hit the score of the game with the outside of his boot from the right wing before Lavery replied for Clonoe. Steafan Tierney, Joe Oguz and the Canavan brothers tagged on further points before Clonoe lost Stephen McNulty to a second yellow late on.