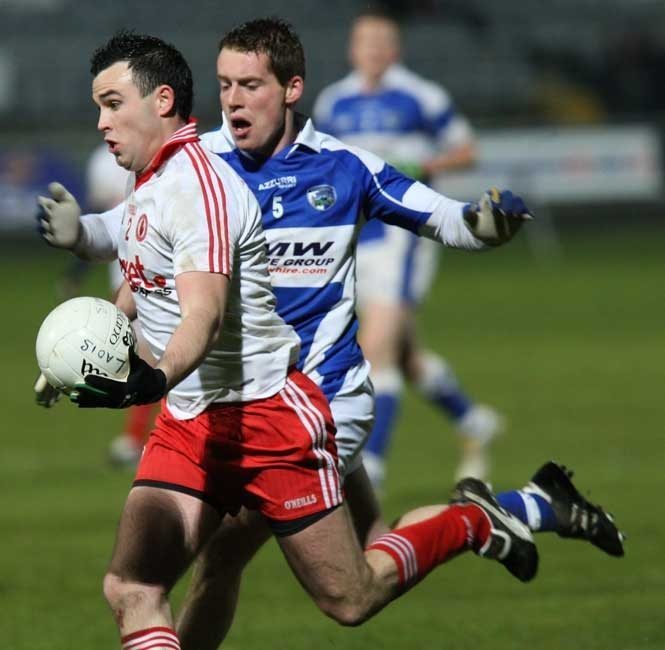 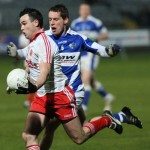 Tyrone and Dromore have suffered a double injury blow with the news of injuries to Cathal Mc Carron and Collie Mc Crory. Senior county man Mc Carron has had a very impressive run of games lately for the senior side and was outstanding in his last outing against Laois. The teak tough defender pulled his hamstring last Wednesday night at club training and received intensive rehab while away with the county team in Limerick last weekend. It is expected that he will be out for a minimum of four weeks which means he will definitely miss the last two rounds of The Allianz National League against Kildare and Meath.

County minor Mc Crory suffered a badly sprained ankle at county minor training and sources at the club reckon he will be out for around six weeks which means he will miss the rest of the Ulster Minor league and the opening games of the senior league for his club.

Another man destined to miss at least one key game for his county side is Gortin’s Diarmuid Mc Nulty who suffered facial injuries in a clash with John Mc Cullagh at Under 21 training on Sunday morning. Mc Nulty will not be available for selection to face Down on Wednesday night and that will come as a huge blow to Tyrone’s chances of defeating the Mourne men. Mc Cullagh was also injured in the clash but after receiving treatment has declared himself fit for selection.